11 female students have won medals at math Olympiads since 1974

Vietnam began attending International Mathematics Olympiads (IMO) in 1974. Since then, 11 female students have won medals from the competitions.

Phan Vu Diem Hang, MA, was the first Vietnamese female student attending IMO 17 in Bulgaria in 1975 when she was a student at the High School for the Gifted in Natural Sciences. 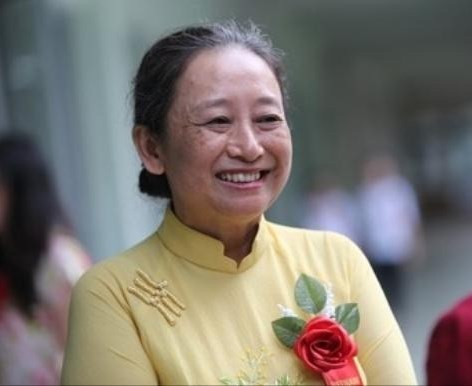 After winning the prize, she studied at MGU in Russia and then returned to Vietnam to work at the Central Institute of Hygiene and Epidemiology. Sixteen years later, she left for the UN’s AIDS prevention program and other organizations.

Dr Nguyen Thi Thieu Hoa, attended IMO 18 in Austria in 1976. With 27/40 score, she won a silver medal, the highest achievement gained by Vietnamese competitors that year.

She obtained a PhD in Science at the Mathematics Institute under the former Soviet Union Academy of Science. Now she is a professor in the US.

Nguyen Thi Minh Ha was a student at Chu Van An High School in Hanoi when she attended IMO 25 organized in Czechslovakia and got 19/42 scores.

Phan Thi Ha Duong from the Hanoi-Amsterdam High School for the Gifted attended IMO 31 in 1990 in China and got 19/42 scores. In the same year, she became a student at the Hanoi General University, now the Hanoi University of Natural Sciences.

After finishing the third year student at the university, Duong received a French Government scholarship and won admission to become a fourth-year student at Paris 6 University, which rarely occurs.

Duong received a master's degree in algebraic geometry in 1995, but she later decided to devote herself to information technology.

In January 1999, her doctoral dissertation was assessed very excellent (très honorable). In the same year, she became associate professor at Paris 7 University.

In August 2005, she left the position and returned to Vietnam and has been working for the Vietnam Mathematics Institute.

Nguyen Thuy Linh from the High School for the Gifted in Natural Sciences attended IMO 33 in Russia and got 16/42 score.

Pham Chung Thuy from the High School for the Gifted under the University of Education, attended IMO 34 in Turkey with 17/42.

Dao Thi Thu Ha from the High School for the Gifted in Natural Sciences, IMO 39 in Taiwan, won a gold medal with 23/42 score.

The Vietnam Mathematics Institute and experts disagree on the application of the multiple-choice mode for math exams, saying that it will harm education.

Professor Pham Hoang Hiep of the Institute of Mathematics received the 2019 Ramanujan Prize for Young Mathematicians from Developing Countries on October 23, an award given by the International Centre for Theoretical Physics (ICTP).