After the ‘PhD incubator’, which produced PhDs en masse, was discovered, the Ministry of Education and Training (MOET) released a new circular to tighten training quality.

According to Nguyen Dac Trung, head of the Postgraduate Institute, an arm of the Hanoi University of Science and Technology, of the 42 PhD training programs of the school, nearly 30 programs have students meeting the high standard of having at least one scientific article published in ISI/Scopus journals. 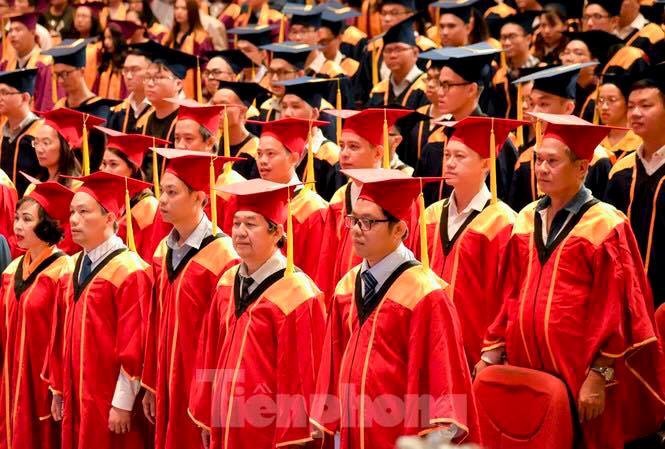 Eighty individuals have received doctorates this year, including 30 meeting the standard of having at least one article published in ISI/Scopus journals, accounting for 36.6 percent of total doctorate candidates.

As for social sciences, Dr Ho Xuan Mai from the Vietnam Academy of Social Sciences (VASS) commented that the quality of PhD students has not changed.

Many research topics are unreasonable, with low quality and low applicability. However, for some reason, research works with such topics were still accepted by the scientific council.

He also complained about the abilities of PhD students. Not all PhD students are capable of conducting research, but they need a doctorate for job promotion, so they still try to do research.

He finds problems not only in the competence of learners, but also in the capability of instructors.

“I know some people who majored in linguistics, but guide PhDs in the field of culture,” he said.

A university lecturer in Hanoi commented that universities now want to have as many PhD students as possible, so they set lax requirements for entering students.

Vietnam is the fastest growing country in the region in terms of articles in scientific publications, while Singapore, India and Pakistan have the highest output.