The many risks energy service companies may encounter

Energy service companies (ESCOs) are facing numerous risks since the regulatory framework for their sector is both incomplete and patchy, according to industry insiders.

Since Indochine Import Export Investment Industrial JSC (DDG) established a foothold in the ESCO model around 19 years ago, the company has gained considerable experience. 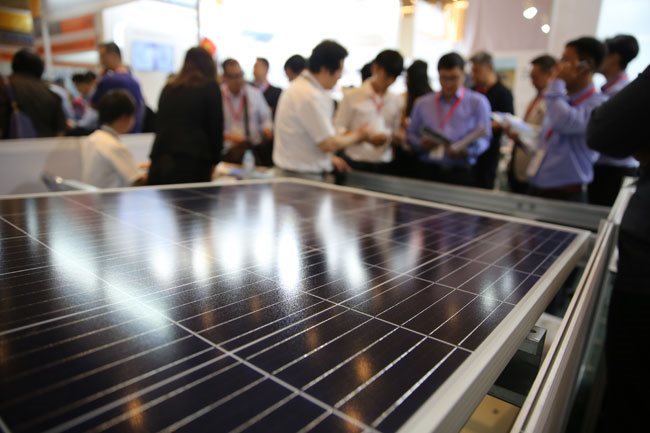 “Many problems have arisen since we signed ESCO contracts,” said ESCO Technical Director Nguyen Thanh Long. “Some of our clients intentionally conceal their amounts of energy consumption or provide false information.

There are also cases where customers did not know, or failed to determine their amounts of energy use properly.” Mr. Long was speaking on the sidelines of a recent workshop on the ESCO model hosted by the EU – Vietnam Energy Facility (EVEF) in collaboration with the Vietnamese Ministry of Industry and Trade.

“Consequently, the revenue we have generated was incompatible with our heavy investment in the system, and our profits have therefore dropped,” Mr. Long elaborated. “Although the contracts do include minimum requirements for energy efficiency, or consumption, we have to bear them.”

Huynh Kim Tuoc, Director of Saigon Innovation Hub (SIHUB), said investment in Vietnam’s ESCO sector is “extremely lucrative,” in the sense that investment in an energy efficiency system could reduce dozens of percentages in power consumption compared with the previous period. Despite the energy efficiency potential, whether the investment in the a different will be visible or not remains another issue, which means that the risk investors have to bear is the revenue they aim to generate could be a different story.

Mr. Tuoc said that ESCO’s principle is to share the benefit according to the energy efficiency level customers could achieve while using the investor’s system. The model is therefore a financial investment in nature, and may poses multiple risks. “The actual operation will determine the efficiency of the investment, not the possible amount of savings which is theoretically calculated,” he said.

For example, according to Mr. Tuoc, a five-star hotel which normally spends VND10 billion (US$430,600) a month on energy consumption could not do so when the novel coronavirus pandemic broke out. He explained the hotel could barely find enough customers, and its room occupancy could be slashed to a low level. Consequently, the energy efficiency system is invested while the amount of energy consumption also significantly drops and the customer’s payment in the ESCO system will vary greatly from one month to another. So will the payback period.

Nguyen Dinh Hiep, Vice Chairman of the Vietnam Association of Science and Technology for Economical and Efficient Use of Energy, said ESCO plays a crucial role in the execution of energy efficiency solutions.

However, there is a lack of the regulatory framework and regulations on business conditions in this regard. Investors of energy efficiency projects may face a multitude of risks because their customers are likely to care for revenue rather than lower costs through the system.

The legal obstacle lies with the contracts signed by the two parties, according to Trinh Quoc Vu, deputy head of the Department of Energy Efficiency and Sustainable Development under the Vietnamese Ministry of Industry and Trade.

Vu added that the Ministry of Industry and Trade had tried to devise a circular for ESCO contracts, including specific requirements. If there is any difficulty, the two parties could choose an independent agency for mediation. However, this has not been implemented because the Law on Energy Efficiency is still lacking a legal basis for the issuance of a circular regarding the ESCO model.

Since the regulatory framework for the ESCO model remains incomplete and patchy, ESCOs are trying to employ whatever in hand to safeguard their rights and interests.

They are usually detailed contract provisions—which are often the terms of rights, obligations and responsibilities of the parties in each possible case; for example, how to give an award for exceeding the level of energy efficiency, or how to impose a penalty for failing to meet the minimum level.

Dang Xuan at Asia Counsel, a legal consultancy company for ESCOs, said contracts between the two parties are based on civil and commercial contract laws and are without a separate, specific law on the model.

She noted that in order to have grounds for the settlement of disputes, specific provisions for each case should be made available.

A standard contract should include key clauses about the scope of the agreements; customers’ requirements; the procurement, installation, testing, and trial operation of the system; the ownership and security; the operation and maintenance; the responsibility of the parties; as well as the insurance, term and contract termination, among others.

A standard contract must also specify certain legal issues. For example, the ownership of the energy supply system must belong to the suppliers even though machines are located within the premises of the customers, and they may have built additional structures to reinforce the system.

As a result, there should be no transfer and assignment of ownership rights to the customers at the end of the contract term. In case a customer goes bankrupt, its assets will be seized by a certain bank, but the system should not.

Take the provision on the equipment check of the investor as another example. The investor is entitled to enter the site of equipment and system installment, usually within the customer’s premises, for a check. Also, the provision on monthly remuneration and payments should state a specific period and set out a regulation on interest rates applicable in case of late payment.

Trinh Quoc Vu said the Ministry of Industry and Trade has proposed the Ministry of Finance tackle obstacles to the financial mechanism for ESCOs. The first barrier is about tax policies. Client companies currently install ESCOs’ inverters to determine their levels of energy efficiency as the basis for benefit sharing. However, the taxman does not accept the investment for this type of inverters and do not consider them as a valid cost to be deducted.

The second stumbling block relates to ESCOs being State-owned enterprises, such as Vietnam Electricity, known as EVN. In case their contracts with the customers expire, the properties could be handed over to the customers under their signed terms. However, there are legal problems. The reason is that the fee for such a handover is zero Vietnam dong, and will be determined as a loss of State assets.

Third, State-owned enterprises must choose those partners to provide energy services in line with the Bidding Law. Compliance with the rule is practically difficult because solutions are usually provided by ESCOs.

“We are trying to coordinate with the parties involved to resolve these legal issues because societal needs are real,” said Vu.

At present, renewable energy plays an important role in meeting people’s increasing demand for energy. Renewable energy resources are abundant and available in the nature and exist in many forms.