The tycoon buying up ‘golden land plots’ in Hanoi 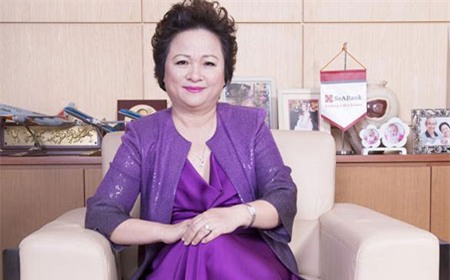 The amount of shares Intimex plans to buy account for 8 percent of total voting shares in circulation.

Hanoi Toserco owns two hotels in advantageous positions in central Hanoi. It entered the bourse last August with two major shareholders – Hanoi Tourist and TN Development JSC, a subsidiary of BRG Group, owned by Nguyen Thi Nga, one of the most influential businesspeople in the country.

Nga’s BRG Group directly and indirectly holds a 46 percent stake of Intimex after the State Capital Investment Corporation (SCIC) divested from the company.

Intimex owns many golden land plots, including those around Hoan Kiem Lake. Intimex is raising funds to build a hotel at No 22-32 Le Thai To street in Hoan Kiem District, the best position in the capital city with a view toward Hoan Kiem Lake.

In late 2014, Nga’s BRG Group took over Thang Loi Hotel, one of the best known hotels in Hanoi, located next to the West Lake. The hotel was renamed Hilton Hanoi Westlake.

This is the third hotel in Hanoi that bears Hilton brand. The other two include Hilton Hanoi Opera and Hilton Garden Inn Hanoi. All of these hotels belong to BRG Group.

In mid-2017, within the framework of the visit of Vietnamese PM Nguyen Xuan Phuc to the US, BRG Group signed two agreements on developing golf tourism services, a new industry in Vietnam, and running 11 more Hilton hotels.

Nga is a well known name in Vietnam. She has injected money into many huge projects.

Owning many businesses operating in different fields such as retail, trade and import/export, BRG Group also focuses on real estate and tourism.

Nga is also a banker. In 2000, the businesswoman became a shareholder of Techcombank. Two years later, she became deputy chair of the bank. In 2005, she replaced Le Kien Thanh as chair of the board of directors of the bank.

In 2007, Nga left Techcombank for SeABank to become chair.

Nga is now the chair of BRG and SeABank. However, she will have to resign from her posts, either at the bank or BRG. Under a new regulation which takes effect on January 15, one person cannot be leaders of banks and enterprises concurrently.

How has Vietnam's richest businesswoman spent their billions of dollars?