Kbang Tourism Festival 2019 will be held from July 26 to 28, in Kbang District, Gia Lai Province to promote tourism in the Tay Nguyen (Central Highlands) region.

The festival includes a series of cultural and artistic events featuring the local Bahnar ethnic minority people and other ethnic groups that live in the area.

The event will be a chance for local enterprises and people to display their agricultural, cultural and tourism products.

About 80 booths will feature thousands of products including agricultural and forest specialties such as fruits, organic vegetables, traditional food, handicraft furniture and other consumer goods.

Highlights of this year's Kbang Tourism Festival are a promotion campaign for two-day tours with the theme Kbang-Điểm đến du lịch (Kbang — A Tourism Destination).

The tours promise to lead visitors to historical relic sites such as Stơ Village, home to the memorial house of Núp, a hero in the anti-French movement, and Tan Lap Village, a famous place from the resistance wars against the French and Americans.

A report from the K’bang District People's Committee revealed preparations for this event were in progress and would soon be completed ahead of the opening ceremony on July 26. The district has upgraded the local transportation network, particularly at tourist sites.

The report said that through the festival, the district hopes to boost co-operation in tourism development.

Kbang District, about 100km from Pleiku City, is regarded as a cradle of the traditional culture of the Central Highlands region. It also played an important role in the resistance wars against foreign invaders.

The district is also home to many majestic landscapes, dense green forests and pristine waterfalls.

With such vast potential for tourism, Gia Lai Province has introduced plans to turn the district into one of its more important tourism hubs.

Dinh Dinh Chi, head of the district’s Culture Division, said the district has not yet met its full potential in tourism.

“The strength of Kbang lies is its eco-tourism and historical culture, which can include hundreds of spots and nearly 60 beautiful waterfalls," Chi said. "The district is also famous for practicing the gong culture – a typical feature of the Tay Nguyen region.

"However, for a long time, the district has been unable to convince tourists to extend their stays. They often come and go in one day."

Chi added, the district had set up a plan to promote tourism by introducing specific local products and gradually improving the tourism environment.

The cultural official revealed the district was focusing on marketing local products such as rượu cần (wine stored in a big jar and drunk with long bamboo straws), brocade items, herbal medicines and honey.

“In the long term, Kbang District is calling for large enterprises, to invest in developing its tourism potential," Chi said. 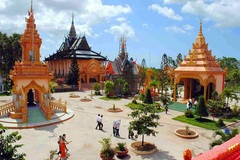 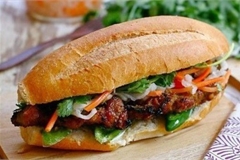