A decrease in the US’ imports from China could present a good opportunity for Vietnam to fill in the gap.

In the context of the US-China trade war, US President Donald Trump, speaking before the press on the threshold of talks with Hungarian Prime Minister Victor Oban, said if Americans don’t want to pay for taxed goods, they could buy goods from Vietnam and other countries without US tariffs, instead of Chinese goods which are taxed by the US. 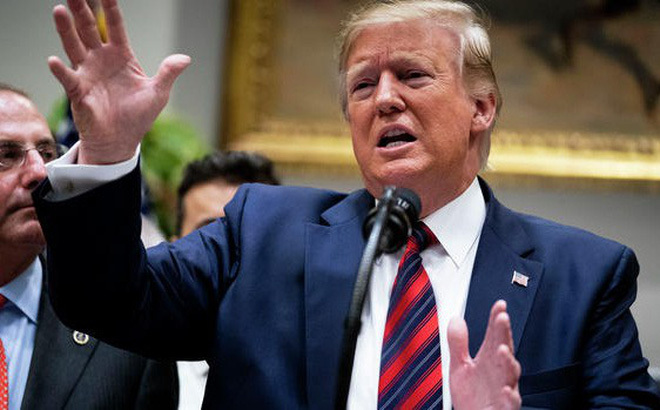 Prior to that, analysts commented that the trade dispute between two of Vietnam’s top trading partners would have positive impact on Vietnam. A decrease in the US’ imports from China could present a good opportunity for Vietnam to fill in the gap.

Commenting about Trump’s statement, Duong Van Chin, director of the Dinh Thanh Agriculture Research Center, said Vietnam now has an excess of exports to the US over imports from the country, and that the US wants Vietnam to import more products from the US to improve the trade balance.

The possibility of Amercians shifting to buy goods from Vietnam and other nontariffed countries was anticipated when the US-China trade war broke out.

At that time, experts commented that Vietnam would benefit from the US taxation on Chinese goods because its products could replace Chinese goods in the US market.

However, exports to the choosy US market will still depend on how Vietnam can take advantage of the opportunity.

The director of a farm produce export company who asked to be anonymous warned that only high quality products can overcome the technical barriers to enter the US market.

Meanwhile, there are still too many existing problems with Vietnamese products’ quality.

One of the problems, he said is the unstable product quality. “The quality could be very high in first consignments of exports, but it may be lower in the next batches of products,” he said, attributing this to the lack of modern technology.

The lack of technology is also cited as the reason behind the high product costs, which makes Vietnamese products less competitive.

After many years of negotiations, Vietnam has won the right to export mango to enter the US market. However, Vietnam mango is more expensive than Mexico’s.

Similarly, Vietnam also exports mango to Japan and South Korea, but consumers in the two countries prefer Thai mango, which is cheaper.

Le Cao Doan, a respected economist, commented that sales would be high if products had consistently high quality.

Vietnam stands out as beneficiary from US-China trade war

International experts have questioned which countries would likely be the beneficiaries of the trade war between the US and China and Vietnam remains the pointed one so far.