Higher required scores for university admission this year were foreseeable, but students are still surprised at the level needed for acceptance.

Soon after the Ministry of Education and Training (MOET) released the results of the high school finals, which had higher than average scores, universities predicted that the benchmarks would be 2-5 scores higher this year. 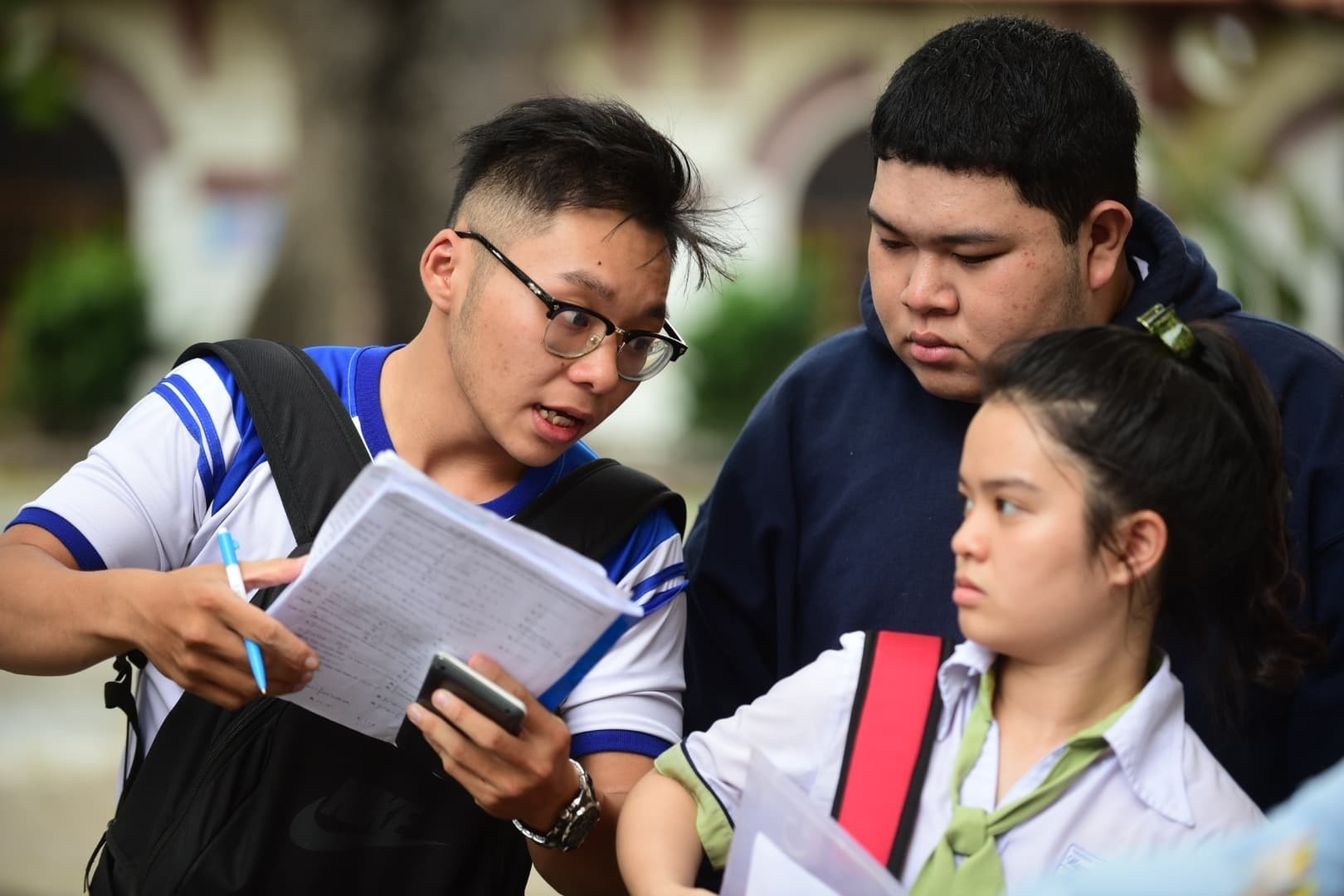 The exam questions were believed to be easier than usual, which explains students’ higher results.

However, the official benchmarks announced by schools are even higher than expected.

The required minimum scores are especially high for economics, technology and engineering, and medical – pharmacy majors.

In general, the benchmarks for all economics related majors are higher. This is because schools use many different methods to enroll students, including considering students’ records at high school, rather than solely relying on the high school final exam scores.

The benchmarks announced by the Trade University are 24-26.7, while they were 22-24 last year. Marketing is the major which requires the highest minimum score this year, 26.7, followed by logistics and supply chain management, 26.5.

With the high scores, students last year could have been enrolled in top-tier schools, such as the Foreign Trade University (FTU) or National Economics University (NEU) if they had applied last year.

The benchmarks for law, finance and banking, and accountancy are two scores higher than last year.

The benchmarks of FTU in 2020 were very high in the last five years, and they are approximate to that in 2017, the year with ‘rains of 10-scores’.

Hanoi University of Science and Technology, the top-tier school in technology training, has set its benchmarks, which are 2-3 scores higher than the last year.

Students must have 29.04/30 scores to be eligible to apply to study computer science. In 2019, students just needed to have 27.42 scores to apply for the major.

A teacher in Hanoi well known for his exam preparation classes said on October 4, after top-tier schools announced benchmarks, that he had received a lot of calls from students who complained that the benchmarks were too high.

“Some students said all of their applications failed. One of my students also failed though he got 27.5/30 from the high school finals,” he said.

D.T.N, a student in Thai Binh, got 24 score for D-group exam subjects (mathematics, literature, foreign language) and applied for the Press and Mass Communication major at the Journalism and Propaganda Academy, and some majors at other schools, which required a minimum score of 22 in 2019. However, the majors she applied for all set benchmarks of 26 or higher.

With a total 30/30 score for three B-group exam subjects, Nguyen Le Vu has become the only examinee achieving a maximum score on these subjects at the national high school final examination.