Analysts warn that Vietnam will have to struggle to implement the rice export plan this year because many key markets have tightened control over imports.

According to Tran Thanh Hai, deputy director of the Import/Export Department under the Ministry of Industry and Trade (MOIT), Vietnam exported 5.4 million tons of rice in the first eight months of the year, an increase of 0.1 percent over the same period last year, but the export value was $1.96 billion, a decrease of 15 percent. 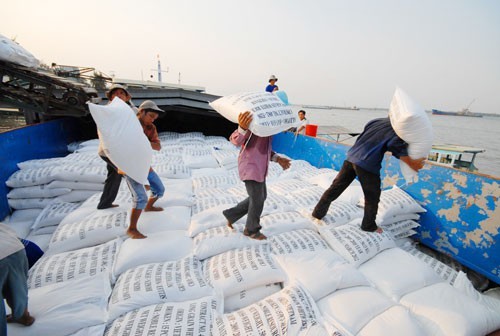 China, which was the biggest rice importer of Vietnam in previous years, has cut purchases. Exports to the market dropped by 65 percent.

In 2018, Vietnam sold rice at $500 per ton on average, but the price decreased in 2019. China, which imported rice in large quantities across border gates in previous years, began restricting imports through this channel in 2018.

Moreover, China has also begun applying the rice import quota scheme. It plans to import 5 million tons of rice this year, but in fact, it has imported 3.3 million only.

According to Do Ha Nam, deputy chair of the Vietnam Food Association (VFA), importing countries have also set barriers to Vietnam’s rice.

Meanwhile, banks have tightened lending and exporters are still meeting difficulties expanding to other markets such as Africa and America.

However, exporters can see opportunities from the Philippines which has changed its quota policy. Vietnam’s exports to the market no longer depend on the quota, but on its competitiveness with other rivals – Thailand and Cambodia.

The rice price has been unstable in the domestic market. Le Van Lam, a farmer in Tan Hong district in Dong Thap province, said in 2018, he cultivated clean rice on an area of 6 hectares. However, he incurred a big loss in the first crop because of insects, low yield and unsatisfactory rice price.

Since the beginning of the year, the farmer has resumed traditional cultivation methods. However, he is anxious as the rice price is unstable and dependent on merchants.

Ly Van Phong in Cang Long district of Tra Vinh province complained that the price has been unstable since the beginning of the winter-spring crop.

“The summer-autumn rice price also has not increased. I have sold IR 50505 at VND4,300 per kilogram only, or VND300 per kilogram lower than the previous month. I heard that it is now difficult to export rice, so the price cannot move up,” he complained.

Some rice exporters think the new Evfta will help them enter the EU.

China’s rice imports from Vietnam plummeted during the first few months of 2019, pushing it off Vietnam’s top rice consumers list.

Thailand has passed a plan to allocate its budget of 21.5 billion baht to help stabilize rice prices for Thai farmers. This subsidy program may affect rice exporters including Vietnam, according to local rice operators.