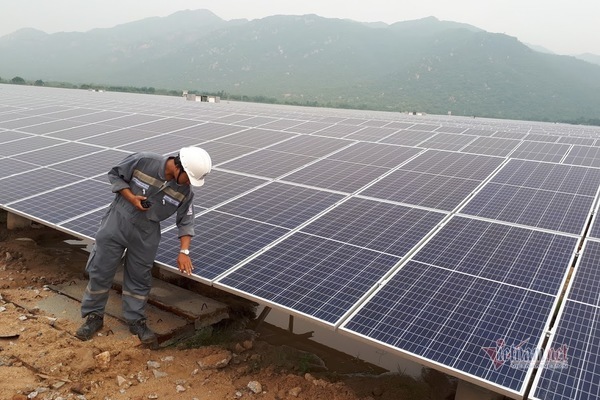 The draft of the eighth national power development plan shows majir changes in power source development from now to 2030 compared with the seventh plan.

Under the draft, Vietnam will develop wind and solar power on a large scale, with the capacity of wind power increasing by three times and solar power by two times compared with the adjusted seventh plan.

Vietnam will only continue the projects under construction or under investment promotion, to be operational in the 2021-2025 period.

The coal-fired thermopower proportion will decrease gradually from 34 percent in 2020 to 27 percent by 2030.

However, because of the high uncertainty, the strong development of these power sources will have a major impact on the national electricity system.

The ministry believes that as the electricity generation capacity of the sources of power can change rapidly, wind power will cause considerable fluctuations to the electricity system when the wind changes or stops.

If other sources of power cannot replace wind power at that time, or existing power sources cannot be adjusted quickly to offset the capacity decrease, the electricity system will fall into imbalance in terms of supply sources and additional charges will occur. In the worst scenario, this may cause electricity outageon a large scale.

The ministry said it wants to encourage the development of rooftop solar power systems rather than large-scale solar power farms with the capacity of tens or hundreds of MW.