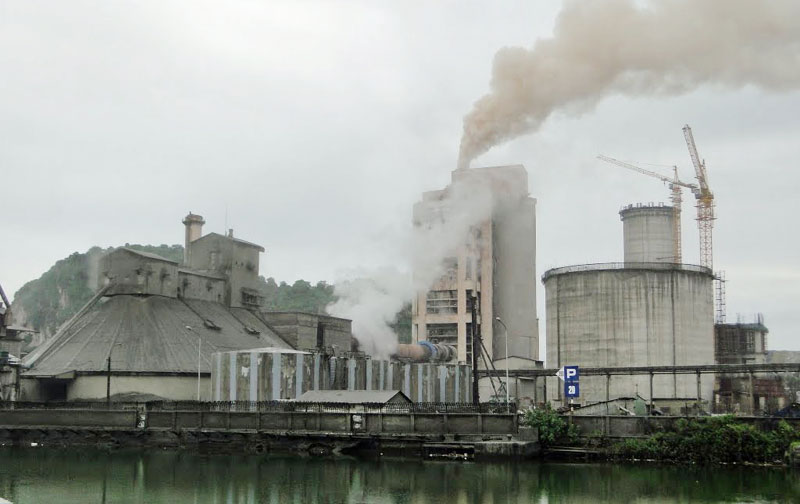 Vietnam has submitted INDCs (Intended Nationally Determined Contributions) to the UNFCCC (the United Nation Framework Convention on Climate Change), committing to a GHG reduction of eight percent compared to the BAU (business as usual) scenario by 2030.

The reduction could be up to 25 percent if Vietnam receives international support.

According to Nguyen Quang Huy from MONRE, with funding by the World Bank, Vietnam has built a project to get ready for the carbon market (Partnership for Market Readiness - VNPMR).

The project will direct the development of the carbon market in Vietnam and provide instruments which help reduce GHG through experiments in two fields – steel production and solid waste management.

Vietnam needs to solve challenges in its capacity to manage a part of the domestic carbon credit exchange market, and build a framework to regulate and manage the market, since it lacks feasibility studies on its capability of joining the carbon market in different specific fields.

Therefore, a legal framework should be set up for the carbon market by 2020.

Nguyen Thi Le Quyen from the Ministry of Planning and Investment (MPI) said new technologies should be used at reasonable costs with revenue from the sale of carbon credits. Investments are needed from both domestic and foreign sources.

Vietnam’s CDM results prove to be very encouraging as it ranks the fourth in the world in the number of projects and the 11th in the number of granted carbon credits for exchange. Many Vietnamese enterprises have got considerable financial revenue when joining CDM projects.

Minh said in 2006-2016, the company applied measures to reduce GHG. It used heated steam for a power plant with a capacity of 30 MW, and sawdust instead of coal and fuel oil in drying materials. This allowed the company to reduce fuel consumption, thus helping to protect the environment.