The Prime Minister in early October released a document instructing MIC and the Ministry of Public Security to join forces to deal with the rampant appearance of videos with bad content on social networks, including YouTube. 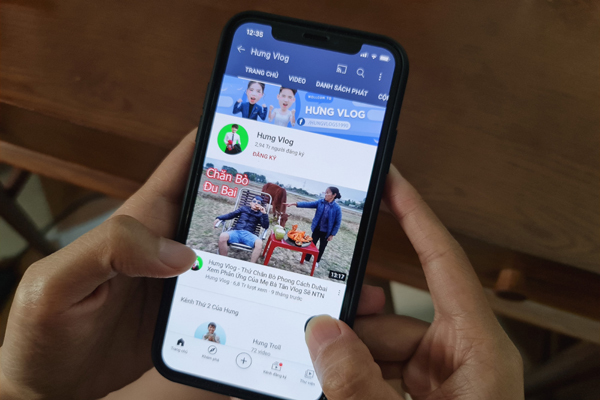 The owners of the videos try to lure more viewers with sensational and nonsensical content, which violate laws and are contrary to Vietnamese traditional habits and customs.

The Radio-Television and Electronic Information Management Department under MIC affirmed that there is a high number of such channels and videos on YouTube.

The department has repeatedly given warnings, but this has not been resolved thoroughly.

The watchdog agency found that the YouTube channels with bad content are private channels which operate independently and aren't under management of YouTube’s multi-channel network companies – MCNs.

The agency has sent a document to Google, asking the company to strengthen reviewing, rectifying and handling the channels and videos with bad content.

It has asked to stop sharing money from ads with the YouTube channels which post videos with bad content when there are requests from the agency.

The agency has also asked YouTube to block and remove the channels if the owners of the channels continue the violations.

It wants Google to consider asking YouTube channels which can turn ‘monetization’ on in Vietnam to register the MCN network, and at the same time increase the number of MCNs in order to ensure strict and effective management over the operation of the channels.

In the document to Google, the agency also requested the company to apply measures to strengthen filters and technical tools so that they can review and detect channels and videos with bad content which may adversely affect youth, and block and remove them.

The Radio-Television and Electronic Information Management Department has sent a document to MCNs asking it to enhance the review and rectification of YouTube channels within their networks.

YouTube channel owners in Vietnam must observe the laws in providing and managing content and must fulfill all tax obligations.