According to the Foreign Investment Agency (FIA), the total registered FDI capital in the first eight months of the year was $13.1 billion, a drop of 31 percent compared with the same period last year. 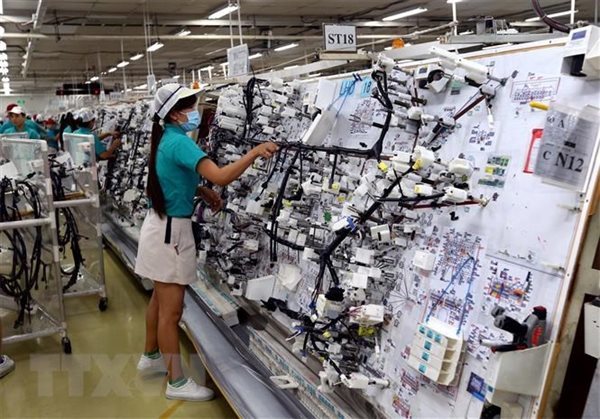 Of this, the newly registered investment capital was $9.1 billion, while additional capital for operational projects was $3.9 billion, decreasing by 32 percent and 29 percent, respectively.

Contrary to the prediction that Vietnam would become a new destination for foreign investors who want to relocate their factories out of China, FDI into Vietnam has been on the decrease.

Japan, South Korea and Singapore are traditional markets for Vietnam which always led in providing FDI. South Korean enterprises have registered $65 billion worth of investment, while the figures are $58 billion and $49 billion, respectively.

As for China, the accumulative investment capital has reached $15 billion, of which China ranks seventh out of 132 countries and territories which have investment in Vietnam.

Analysts noted that FDI from Japan, South Korea and Singapore are mostly from enterprises in processing and manufacturing industries, the fields that Vietnam wants to develop to improve the competitiveness of Vietnamese enterprises through technology transfer.

Meanwhile, the capital flow from China has no clear characteristics and targets. In fact, some Chinese enterprises also invest in processing and manufacturing industries, but the technologies they use in Vietnam remain questionable.

Analysts said it is understandable why Chinese accelerated their investments in recent months. The US-China trade war is believed to last (some economists say it may be 10 years). Chinese have poured money not only into Vietnam, but into Thailand and Indonesia as well.

The analysts said that FDI decline in Vietnam has yet to be a trend. The situation may change in the time to come, especially when many central banks globally have slashed prime interest rates, thus encouraging enterprises to seek opportunities in emerging markets.