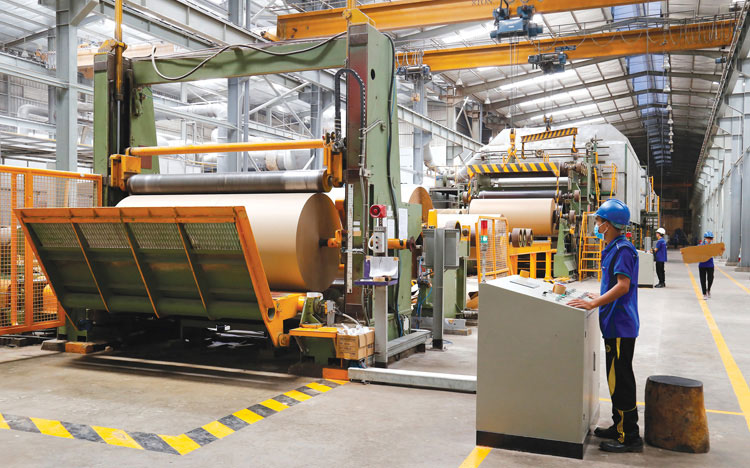 Sojitz Group in mid-June acquired 95.24 percent of shares of Saigon Paper Corporation in a deal worth $91.2 million, or VND2 trillion. The amount of money is still smaller than the $128 million that Unicharm of Japan spent to buy 95 percent of charter capital of Diana some years ago.

After acquiring 24.94 percent of charter capital of Hau Giang Pharmacy (DHG), Taisho, a Japanese pharmacy group, has offered to buy 7.06 percent more of DHG shares. If the deal succeeds, Taisho’s total ownership ratio in DHG would be 32 percent.

After selling shares to Japanese investors, many Vietnamese companies benefit immediately from the new Japanese owners.

In early March 2018, Takara Belmont announced the admission of Ngu A Chau JSC (NAC), a well-known company in the hair care cosmetics industry.

Hidetaka Yoshikawa, general director of Takara Belmon, said the group will retain Ngu A Chau brand and use Japanese technology to improve product quality and turn the company into the No 1 firm in its business field.

Meanwhile, Sojitz Planet, after buying 20 percent of shares of Rang Dong Plastics, has announced construction of a plant worth $32 million, which aims to help Rang Dong cement its firm position as No 1 in the plastics market.

In order to increase capital, improve corporate governance, and upgrade technology, many Vietnamese have decided to ‘stand on giants’ shoulders’, i.e. sell shares to foreign companies to exploit their financial capability and technology.

Do Anh Tu, the founder of Diana, said Diana sold 95 percent of shares to Unicharm, a Japanese company, to help turn Diana into a global brand.

Saigon Paper founder Cao Tien Vi said with Japanese investment, the brand will become stronger thanks to the power and large network of Sojitz.

Saigon Paper still needs more capital to expand production and upgrade technology to improve its competitiveness in the market where there are many rivals, both Vietnamese and foreign.

For Nguyen Van Ngu, the founder of Ngu A Chau, selling shares is a way to protect the brand, she said.