China has never been listed among the biggest foreign direct investors in Vietnam or the biggest ODA (official development assistance) providers. However, Vietnamese enterprises now tend to seek Chinese capital for their huge projects.

VietNamNet Bridge – China has never been listed among the biggest foreign direct investors in Vietnam or the biggest ODA (official development assistance) providers. However, Vietnamese enterprises now tend to seek Chinese capital for their huge projects. 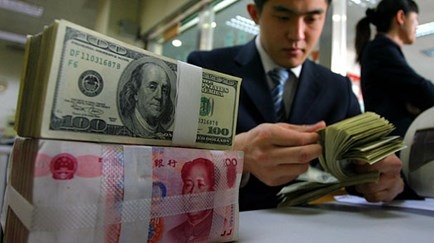 Unable to call for domestic investments, difficult to seek capital from the European or US investors because the investors themselves are meeting big difficulties, Vietnamese enterprises now tend to look for capital from China.

The business fields that China prioritizes to provide credit to are heavy industries, mining, railway, energy, textile and garment, chemicals and infrastructure.

Most recently, the Vietnamese private air carrier Vietjet Air has signed a strategic cooperation contract with CCB, a Chinese bank, and CCB Financial Leasing on the financial arrangement for the airline’s purchase and chartering of 100 aircrafts.

It is estimated that Vietjet Air would need more than $9 billion to buy 92 aircraft and charter 8 more from Airbus in a plan to expand its fleet.

The Quang Ninh thermopower plant project, capitalized at VND9.165 trillion or $593 million, for example, has been partially funded by China Eximbank, which commits to provide $407 million.

This is the fourth credit contract the Electricity of Vietnam (EVN) signs with China Eximbank. The other three include the ones to fund the Tuyen Quang hydropower, Ba Ha hydropower, Hai Phong 1 thermopower projects, totaling $817 million.

China has also shown its interests in the power projects implemented under the mode of BOT (build, operation, transfer). The BOT 1.200 MW Vinh Tan 1 project was the first project in which Chinese partners acted as the main investors. Chinese CSG and CPIH contribute 95 percent of capital to the project. The other five percent was from the Vietnam Coal and Mineral Industries Group (Vinacomin).

Chinese CIC Group has become one of the three investors of the Mong Duong 2 1,200 MW thermopower plant in Quang Ninh province after buying 19 percent of stakes from the US AES Group.

In the chemical industry, the Ninh Binh fertilizer plant, developed by Vietnamese Vinachem, has used $500 million worth of capital from China under a credit contract signed with China.

Sources said that China is wholeheartedly fostering the establishment of ASEAN bank. If the bank is set up, China would be the biggest founding shareholder which contributes $4.7 billion. The other shareholders are the ASEAN countries and Japan and South Korea.

An economist, when asked to make comments about the presence of Chinese partners in a lot of huge and important projects, said that Chinese investors have been welcomed everywhere in the world, including the US, the biggest economy in the world.

Americans have been trying to invite Chinese to the US, because they understand that the volume of capital they can attract would be very big.

Nevertheless, the US has always been cautious with the Chinese investments for the fear for national security.