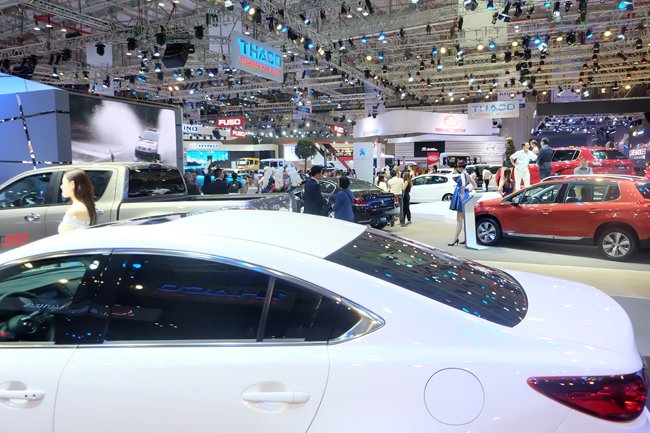 Thaco, a 100 percent Vietnamese owned automobile company, has released the 2015 finance market which shows a two-fold increase in revenue in the year compared to 2014. The manufacturer had VND41.432 trillion in revenue and post-tax profit of VND7.037 trillion.

Thaco in 2015 for the first time saw the number of cars sold exceeding 80,000, which accounted for 30 percent of the total market revenue. Meanwhile, the manufacturer only projected a sale of 70,000 of products of different kinds.

With the high growth rate, Thaco’s post-tax profit in 2015 was higher than that of a series of Vietnamese large conglomerates, including Vingroup (real estate developer), Hoa Phat (steel manufacturer) and Masan (food processor), though its total assets were lower.

The profit made by the automobile manufacturer was just third to Vinamilk, the nation’s dairy producer with VND7.965 trillion and Vietnam Gas Corporation VND8.831 trillion.

Thanks to the high profit, the earning per share of the company has reached VND18,758, which is double that of the last year’s same period. By the end of 2015, the company had had the total assets of VND30.81 trillion and accounts payable of VND16.2 trillion.

With the satisfactory business results, TMT shares have seen the prices increasing sharply, being now traded at VND41,000 per share.

Hyundai Thanh Cong, an automobile assembler and distributor, has reported that it sold 27,200 cars in 2015, an increase of 73 percent over 2014.

Ford Vietnam reported that it made a record in sales in 2015 with the growth rate of 48 percent. This was the first time in the last 20 years that it had sold more than 20,000 cars.