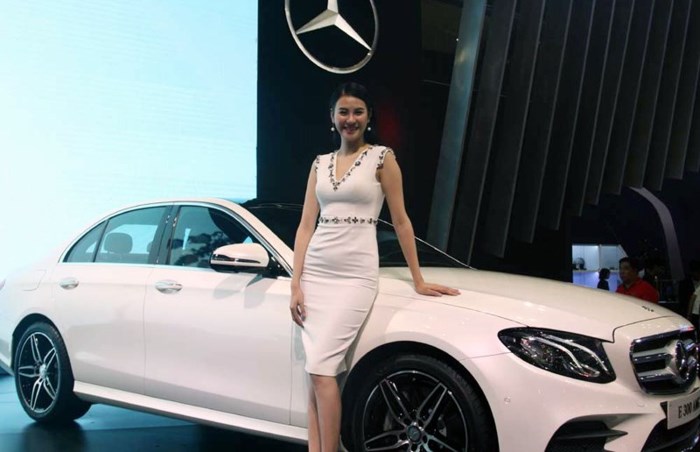 Vietnamese are willing to spend money on super cars

As many as  8,670 luxury cars of different kinds were sold in Vietnam in 2017, a decrease of 15 percent from 2016, according to one report. However, the amount of money spent on the cars was VND20 trillion.

According to Choi Duk June, CEO of Mercedes Benz Vietnam, 150 Maybachs were delivered to Vietnamese buyers in 2017. The sales of Maybach in Vietnam are the highest in Southeast Asia.

This is a luxury model of Mercedes-Benz with three versions in distribution in Vietnam, including Maybach S 400 priced at VND6.899 billion, Maybach S 500 VND10.999 billion and Maybach S 600 VND14.169 billion.

When launching Maybach S 600 into the market in January 2015, Mercedes Benz then hoped it could sell 10 products a year. However, to its surprise, over 50 products were sold in the year.

The figure was over 100 in 2016, and Vietnam remained the biggest buyer of Maybachs in 2017, leaving Indonesia, Thailand, Malaysia and Singapore far behind.

It is estimated that over 300 Maybachs are rolling on Vietnam’s streets.

The other luxury models also had very good sales. Over 500 S-Class products, priced at VND4-10 billion, were sold in 2017.

Car dealers in Vietnam say there is a switch in consumption from common products to mid-end products. A survey by Mercedes Benz found that car buyers tend to be younger.

Boston Consulting Group’s (BCG) survey showed that Vietnam is getting wealthy thanks to the strong rise of the middle class which has been growing more quickly than any other place in South East Asia.

Those who have monthly income of $714 and more are classified as middle class. Vietnam expects to have 33 million middle class people by 2020.

According to the Vietnam Automobile Manufacturers’ Association (VAMA), a total of 272,750 automobile units were sold in 2017, down 10 percent yearly.