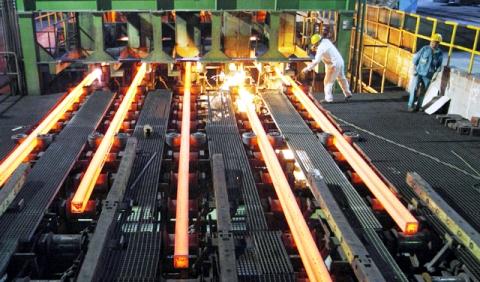 CITT stated that there were signs of dumping and subsidizing cold-rolled steel products, which harms and threatens the Canadian domestic steel industry.

CBSA is also carrying out a probe on whether the cold-rolled steel from the three countries are being dumped in the Canadian market. The final decision is expected to be released on August 20.

Besides cold-rolled steel, CITT and CBSA are also investigating some carbon welded steel pipe products from Vietnam, the Philippines, Pakistan and Turkey. The final decision is expected to be released on September 18 and October 18.

Prior to that, on July 18, the European Commission told the WTO about the EU’s application of temporary safeguard measures (for 200 days) while undertaking the probe on some imported steel products. Three groups of Vietnam’s products are subject to safeguard measures.

Also in July 2018, DFT (Thai Department of Foreign Trade) initiated an investigation for the second extension of safeguard measures against non-alloy steel sheets

According to the Ministry of Industry and Trade, Vietnam was excluded from the list of countries subject to the safeguard measures because of insignificant amount of exports.

However, in the second investigation, if Vietnam’s exports account for more than 3 percent of Thailand’s total imports, DFT may not exclude Vietnam from the list.

In mid-June 2018, some steel manufacturers in the US filed requests for investigating and applying measures to prevent anti-dumping and anti-subsidy duty avoidance by non-corrosion steel imports from Vietnam.

The steel manufacturers said that after the US carried out the anti-dumping and anti-subsidy investigations in 2015, steel imports from South Korea and Taiwan decreased, while imports from Vietnam increased rapidly.

Meanwhile, in the context of the China-US trade tensions, worries have been raised that Chinese steel will be carried to Vietnam before it is shipped to the US to avoid anti-dumping duties.

VSA has warned against the problem, asking steel manufacturers not to lend a hand to the Chinese to change the product origin from China to Vietnam.