The income of the owners of villas and street-front houses has dropped dramatically over the last year because of low demand. Many owners have been told to pay tax if their revenue is over VND100 million a year. 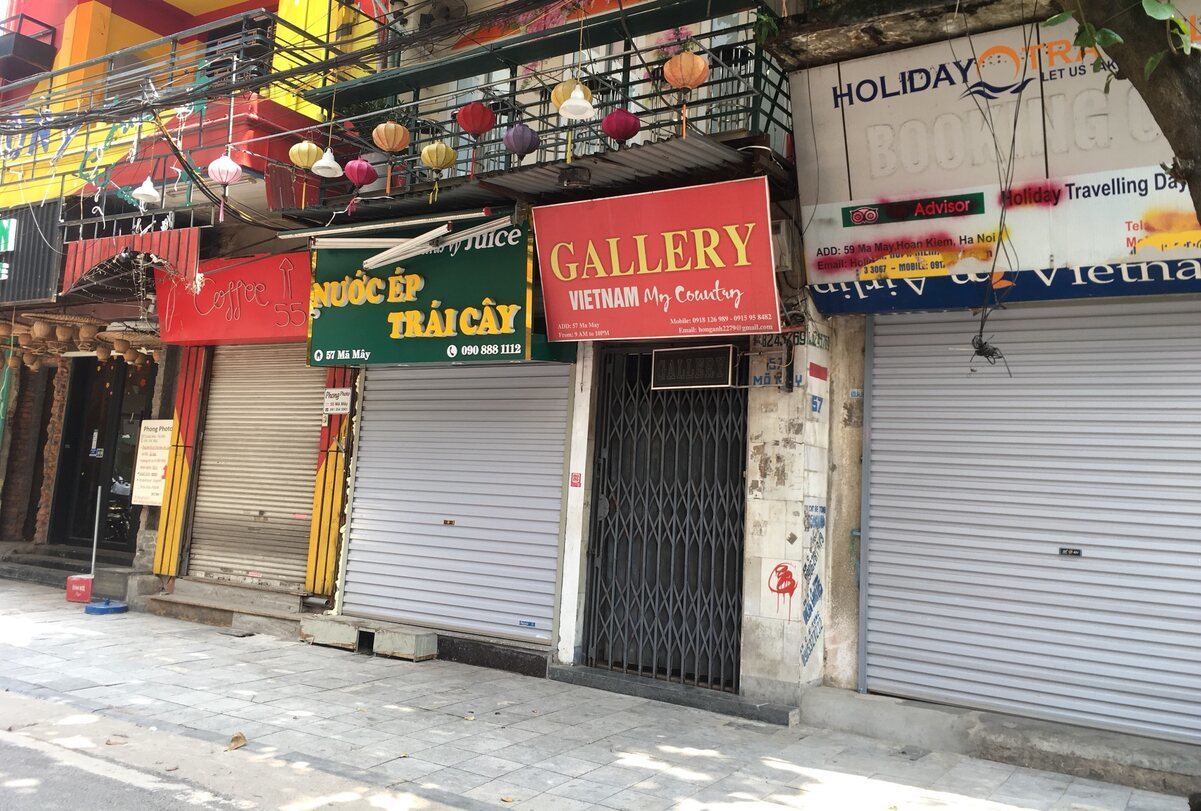 Retail premises have been left idle

Located at the crossroads of a busy street in Linh Dam in Hoang Mai district in Hanoi, a villa with two front doors has been closed. The villa was leased to a bank which used it as a transaction site.

When the leasing contract expired, the bank gave back the premises and moved a place nearby, which was in a less advantageous position, to save money. The villa has been left idle for the last six months.

In the past, the houses in such advantageous positions were always in high demand and the rents increased because of lower supply.

The owners of front-street houses began suffering in early 2020, when Covid-19 broke out, but the effects were minor and the rents still moved up slightly.

The market segment only began suffering heavily after the second and third waves of the outbreak. Many tenants who had leased premises for retailing and running shops and restaurants gave back the premises because of poor business performance.

An analyst estimated that with the current market price, the owner of the villa in Linh Dam could earn tens of millions of dong a month.

There are numerous idle front-street houses on large streets of Hanoi, from Giai Phong to Hue and Hang Bai. The landlords are facing unprecedented challenges as they no longer have the upper hand over tenants and need to be more flexible to adapt to the ‘new normal’.

Savills Vietnam commented that the fourth outbreak with rapid spread has dealt a strong blow on the socio-economic situation and the front-street house market as well.

Do Thu Hong, the owner of a house in Hai Ba Trung district, said her 70 square meter house has been left idle for one year. The house was leased before to run an eatery, but it was given back after the outbreak.

Hong said she posted an ad on many channels, including Facebook, but she could not find anyone, though she had slashed the rent from VND70 million to VND50 million.

According to batdongsan.com.vn, the front-street house renting market segment is in the gloomiest period in the last 10 years.

The website reported a 20 percent decrease in the demand for front-street houses last May, while the number of ads for house renting also decreased by 19 percent compared with April.

The same situation is seen in HCMC. Higher occupancy rates have been reported for the houses on streets with heavy traffic than other houses in other areas.

The decrease in occupancy rates has been seen in commercial hubs, such as Ho Tung Mau, Huynh Thuc Khang and Dong Khoi in district 1 as well.

Analysts commented that the gap between supply and demand depends on the development of the pandemic. Some tenants have given back the premises, though they had just signed leasing contracts some months ago and spent big money to set up shops. Retailers have had to change their business strategies to adapt and become more flexible in doing business by stepping up online sales.

Many landlords in HCMC, who initially refused to ease rents because of the Covid-19 breakout, have changed their mind recently, accepting a 20-30 percent, or even 50 percent decrease in an effort to retain tenants amid social distancing.

Hong said if the social distancing lasts a long time and the rent reductions are not be agreed to the two parties, front-street house owners will seek new tenants, prioritizing to lease houses to businesses to use as offices. This group of clients has been less affected by Covid-19 than the retail industry.

Hoang Nguyet Minh from Savills Hanoi noted that before the pandemic broke out, advantageous positions helped front-street houses easily catch the attention of people, especially tourists, so the shops had good business performance and stable growth.

Landlords now are worried about tax. The Circular 40 stipulates that the leasors with annual revenue of over VND100 million have to pay 5 percent in PIT and 5 percent in VAT.

The HCMC Real Estate Association (HOREA), commenting that the taxation is unreasonable, has proposed that the threshold for taxation needs to be raised to VND200 million to encourage the development of housing for the leasing market.

The association said the taxation threshold of VND100 million is unreasonable because the taxation scheme doesn’t consider deductions for family circumstances. Meanwhile, under the PIT law, the VND11 million deduction is applied to taxpayers and VND4.4 million for every independent person.

Retail property market saw many changes in 2020 due to pandemic: Savills

The COVID-19 pandemic caused retail revenue to drop sharply in 2020, impacting the domestic retail property market, according to Savills Vietnam.