VN livestock industry in danger as imports are too cheap 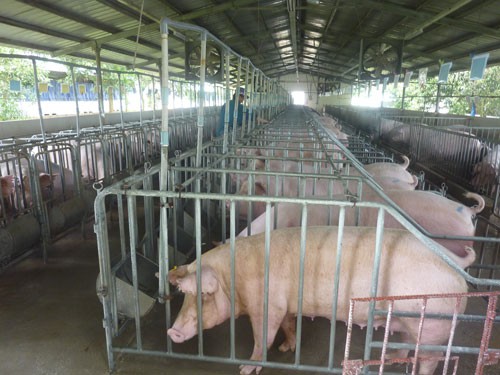 Expenses on feed account for 70 percent of the production cost

Poultry and animal imports have been flooding into Vietnam in the last 10 years, but the last three years farmers have seen increased competition.

Ngo Thanh Long, director of a meat import company in HCMC, said animal and poultry meat from other countries has been cheap for many years. Chicken by-products can be imported at low price, while importers just have to pay tax and transportation fees.

As domestic products are more expensive, restaurants, street shops and catering companies tend to use imports, forcing the average price down.

Vietnamese products have to compete with official imports but also with products from other sources. In principle, temporary imports must be re-exported later, but they have been sold in the domestic market.

Pig farming costs in Vietnam, for example, are 25-30 percent higher than in other regional countries, while poultry farming is 15 percent higher and poultry eggs 12-13 percent more.

The high feed price and rudimentary farming system are blamed for the high farming cost. However, as the import tariff on feed imports was recently slashed to zero percent from 5-10 percent, the production cost has decreased.

Pham Duc Binh, deputy chair of the Vietnam Animal Feed Association, said the expenses on feed account for 70 percent of the production cost. Such costs will decrease only when domestic factories can find cheap sources of input materials for feed production.