Director General of the National General Directorate of Meteorology and Hydrology Tran Hong Thai said that forecasting a flash floods and landslides is based on topographic maps and flash flood and landslide risk zoning maps, combined with rain forecasts from numerical weather models and rain estimates from satellite images, radar and automatic rain measurements. 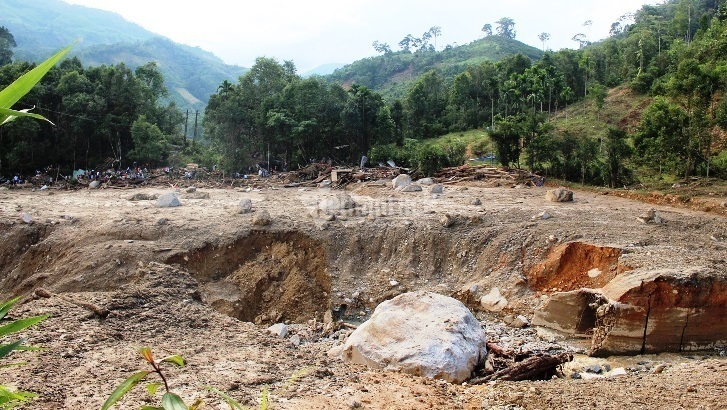 With the current data and technology, when weather patterns that can cause heavy rains appear, Vietnam can predict large-scale heavy rains in mountainous areas 1-2 days in advance, which allows warnings of the risks of flash floods and landslide in many provinces.

The Ministry of Natural Resources and Environment (MONRE) has asked the National Meteorological and Hydrological Forecasting System to use the most modern flash flood warning products in the world (like the ones in the US) as alert tools.

However, flash floods and landslides only occur in a few points in provinces, and not at the same time. The detailed warnings to districts, communes and high-risk areas just can be given 3 - 6 hours in advance with low certainty.

In addition, the topography in the northern mountainous areas and central region is such that heavy rains causing flash floods and landslides often occur at night, making it difficult to transmit warnings, especially to the people in remote areas.

At present, the information is under the management of many different ministries, branches and localities.

Even if the rainfall is forecasted exactly, this is still not enough to precisely forecast flash floods and landslides without the background information.

Helicopters to be used for Quang Nam landslide rescue