After YouTubers were fiercely condemned for their dirty clips, it is now streamers who face cricism from the public for their bad language used when livestreaming. 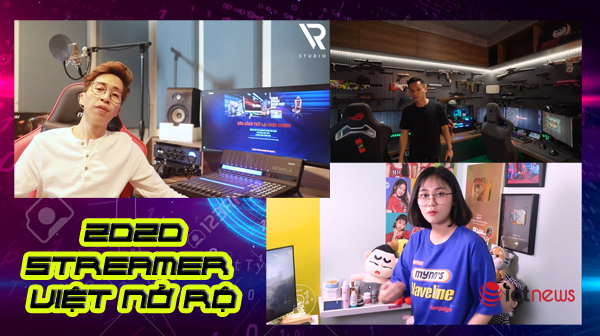 While many young people defend their idols, middle-aged and older people, especially parents, have expressed their concern about the streamers’ behavior and language, fearing that the misconduct will influence their children.

Both streamers and YouTubers are working in the internet environment, using video clips as materials to spread their influence, thus attracting more viewers, followers and fans.

While YouTubers refer to those who post uploads, streamers are those who do live video productions or livestreams. In addition to YouTube, streamers also operate on many other livestream platforms such as Facebook.

The difference is that YouTubers create diverse content in many different topics, while streamers are understood as people who play games and show them live on the internet. Streamers sometimes play the role of casters for eSports tournaments, or other jobs related to games.

The difference partially explains why streamers tend to curse and swear more than YouTubers, both in Vietnam and other countries. While many YouTubers deliberately build dirty videos, some streamers use foul language as a tool to attract viewers.

YouTube generally has a mechanism of suggesting videos with similar content to viewers. The longer viewers stay, the easier streamers and YouTubers can attract many viewers.

Cursing and swearing help lure viewers, especially because YouTube is weak at checking content in the Vietnamese language. The YouTube channels full of dirty words from Kha Banh and Duong Minh Tuyen were only removed following the request of local management agencies.

In Vietnam, streamers are considered KOLs, therefore, their bad language will have big influence to their fans.

“Speaking one sentence and cursing in two next sentences’ is the habit of many well known streamers, including Do Mixi, PewPew, Baroibeo, Mimosa and Bomman. Some of them have stopped the habit, but others still maintain it, becoming bad examples for youth.

The changes in the habit are attributed to the principle that livestream platforms have to observe the rules of the community and respect the law of the host countries.

Therefore, the streamers who are cooperating with Facebook Gaming have had to give up the habit of cursing in live-streaming. If not, they will be heavily fined for violations of contracts. PewPew is one example.