Where have cryptocurency investors gone? 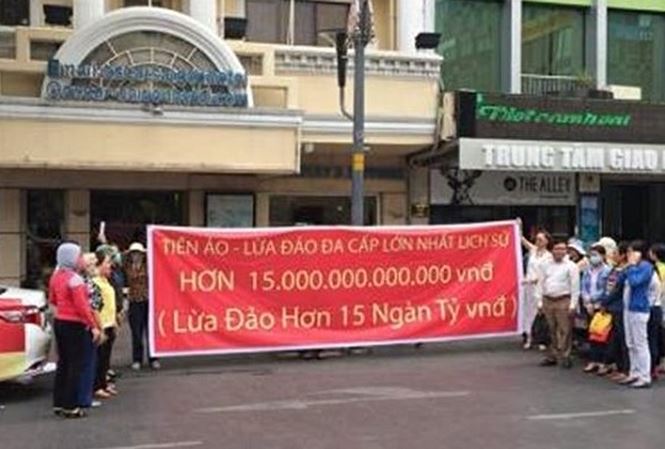 iFan, a phishing ring, was discovered in April

However, just six months after bitcoin price reached its peak, things have changed. Few people are talking about bitcoin these days.

According to Google Trends, the interest in Bitcopriin in Vietnam peaked in mid-December last year but now has dropped dramatically to below 15 percent.

Analysts noted there is a similarity in the bitcoin price performance and searching tendencies. The price of the currency hit a peak in mid-December 2017, weakened when the new year began, and now has been on the decrease.

According to H, an experienced bitcoin investor, the number of investors in Vietnam has fallen sharply, because the market has been captured by ‘sharks’ or players with big money.

“They are regulating and controlling the market. They make all investors anxious and bargain bitcoins away. Meanwhile, bankers buy in and they will push the prices up later this year or early the next year,” H said.

The ‘bankers’, according to H, ar trading floors. In Vietnam, the Chinese owned Binance is be the most powerful trading floor.

Commenting about the current situation, H said the transaction value has decreased because ‘the money has not been poured into and there has been no new player or investor’.

This not only occurred in Vietnam, but in the world as well. According to Businesstimes and BitInfoCharts, a big volume of bitcoin is being held by a small number of people: 1,000 individuals out of 11 million are holding more than 35 percent of bitcoin.

Regarding ICOs, H said ‘it was an easy game last December’ and the investment brought relatively high profits. One could make profit several times higher than the initial investment capital within several months.

However, it is now very risky to invest in ICOs because of fraud.

In early April 2018, the market was stunned when a phishing ring – iFan – worth VND15 billion, was discovered.

Vietnamese rushed to gamble in bitcoin in 2017