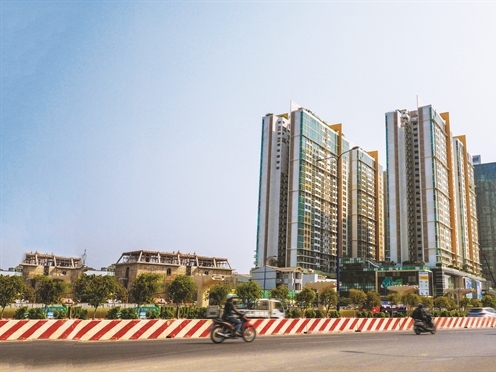 The new credit packages were first mentioned by real estate consultancy firms in late 2015. However, the possibility of the package launch has become more likely as Nguyen Tran Nam, chair of the Vietnam Real Estate Association, and former Deputy Minister of Construction, said there would be not only one but two credit packages.

“The Real Estate Association will propose that banks speed up the disbursement of the packages,” Nam said

The State Bank of Vietnam (SBV) in document No 1425 also mentioned the possibility of a new credit package which would provide loans to low-income earners to fund their house purchases.

Meanwhile, a source from the Bank for Investment and Development of Vietnam (BIDV), said commercial banks have asked the central bank to reconsider the time of implementing the amended Circular 36 which would tighten lending to property buyers.

SBV is drafting the document to amend Circular 36, trying to set limits on loans to ensure bank operation safety. The new document is expected to take effect on January 1, 2017.

Under the draft document, commercial banks can use no more than 40 percent of short-term mobilized capital for long-term loans instead of 60 percent as now applied.

If the proposal on reconsidering the roadmap for implementing the new document is approved, commercial banks would have more favorable conditions to join forces with the State Bank, the Ministry of Construction and the Ministry of Finance to design new credit packages.

Real estate brokers have also shown optimism amid the possibility of a new credit package.

Therefore, the market will cool down after the VND30 trillion package finishes. If a new package comes after VND30 trillion, it would help maintain market momentum.

However, analysts commented that it is still too early to say what the impact on the market would be, because the details of the package remain unclear.

As there are signs of high inflation coming back, there is little possibility of the State Bank loosening credit policy.

Meanwhile, since the public debt has been increasing rapidly, nearly hitting the 65 percent of GDP threshold, the Ministry of Finance may reconsider plans on tax remission for real estate firms and policies to support the market.

A report shows that VND21.8 trillion had been disbursed by March 20, 2016 under the VND30 trillion package.