The General Department of Customs (GDC) reported that in the first five months of the year, $1.42 billion was spent to import 64,795 CBU cars. 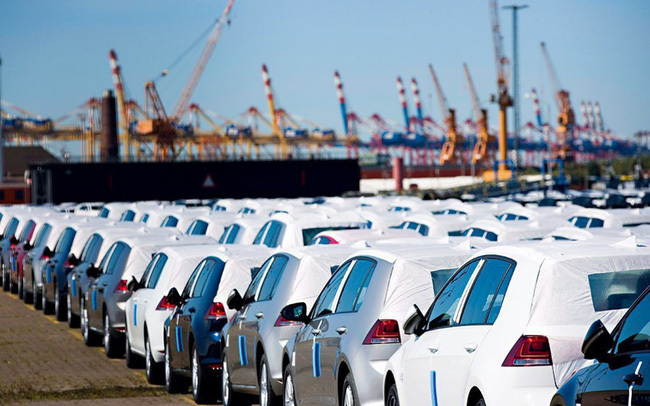 Thanks to the preferential tariff of zero percent, the CBU imports from Thailand and Indonesia have become competitive with domestically assembled products.

Imports are now dominating in some product lines. No pick-up model has been made in Vietnam over the last five years. It is estimated that 20,000 pick ups are sold in Vietnam each year and most of which are from Thailand.

Even the small-size A-class segment has also been put under pressure because of the appearance of imported Toyota Wigo and Honda Brio. The models are challenging the dominance of domestically assembled models such as Hyundai i10 and Kia Morning.

In the market segment of hybrid of MPV and SUV, seven seater and 1.5 engine, CBU imports from Indonesia are dominating the market. Mitsubishi Xpander, Toyota Rush and Honda BR-V in the upcoming time are the best known names in the segment.

Though demand for these models is very high in Vietnam, manufacturers don’t intend to make these products in Vietnam.

The ‘hot’ models such as Honda CR-V, Civic and Toyota Camry available in Vietnam are also imports, not assembled in Vietnam . The same is predicted to happen with C-class products as well, such as Toyota Altis and Ford Focus.

Analysts say that domestically assembled cars are now at a disadvantage compared with imports. The demand for cars remains very high, but more people want imported cars. About 11,000-14,000 cars arrive in Vietnam each month.

VAMA reported that 119,497 cars of different kinds were sold, an increase of 18 percent over the same period last year. However, the sales of domestically assembled cars decreased by 14 percent and imports increased by 210 percent.

After overcoming the barriers set in Decree 116, car imports, especially from Thailand and Indonesia, have been flowing to Vietnam since mid-2018. The imports from the two countries amounted to 80 percent of total imports in the first five months of 2019.

Because of massive imports, domestic manufacturers cannot increase their output. Mazda factory in Quang Nam province, which became operational in March 2018, has put out 30,000 cars over the last year, though the designed capacity for the first phase was 50,000 products. The second phase of the project has not kicked off.