A report from the World Bank shows that HCM City had 8 million people in 2014 and the figure will rise to around 10 million by 2020. The city promises attractive opportunities for service companies, including coffee chains.

However, the problems with The KAfe, the ‘rising star’ in the market, show the difficulties coffee chains are facing. The KAfe ran well in Hanoi, but it has met problems trying to expand in the HCM City market.

Euromonitor, a market survey firm, has estimated the increase in the roasted coffee consumption from 1.83 million bags to 1.92 million thanks to the increasing number of coffee chains and cafes.

Coffee chains are one of the fastest growing business models with annual revenue up by 32 percent.

An analyst commented that the problems of coffee chains mostly derive from the central area-based business model.

This explains why the largest coffee chains have 10 shops and more in HCM City centre, such as Highlands, Trung Nguyen, Starbucks, The Coffee House, Urban Station, Phuc Long, Passio and The Coffee Bean & Tea Leaf.

District 1 has 17 Highlands and 16 Trung Nguyen shops. District 3 is the area for smaller brands such as The Coffee House and Urban Station.

When there are too many shops in the same areas, the supply would be higher than demand, which increases retail premises rent.

According to Vo Van Huu Phuong from Cushman & Wakefield Vietnam, district 1 offers the most retail premises, about 16 percent of the total retail premise supply in the city.

The rent in central business districts increases by 4 percent per annum, now hovering around VND2.5 million per square meter a month, three times higher than in the suburbs.

The investment rate for one coffee shop is relatively high. To have a shop with an area of 100 square meters in central business district, investors have to make initial investment of no less than VND1 billion and spend no less than VND100 million a month to run the shop.

High operation costs affect the pricing policy. Vo Mau Quoc Trien, chair of Rita Vo, said the price of one cup of coffee was equal to the price of one kilo of coffee, affirming that only with such a high selling price can the company cover expenses. 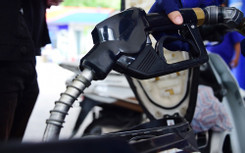