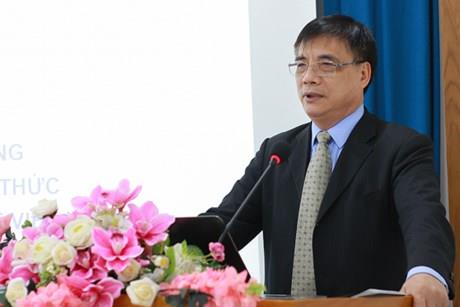 Head of the Vietnam Economics Institute Tran Dinh Thien released said that 93 Vietnamese have to pay tax to ‘feed’ 7.5 million civil servants, pensioners and those who receive salaries from the state budget.

Meanwhile, the total number of people receiving salaries and other income from the state budget is 11 million, or 11.5 percent of the total population.

There are 3 million civil servants working for state agencies and they receive pay from the state budget.

The HCMC Planning Investment, with four officials in the leadership, had to attend more than 2,000 meetings in the first seven months of 2017.

The HCMC Planning & Architecture, with one director and three deputy directors, had 1,500 meetings with the heads of divisions at the department in the first eight months of the year.

The people’s committee of a ward in district 1, HCMC, has three leaders and each of them has two meetings a day. Sometimes all three leaders on the same days have to attend meetings organized by district authorities.

An official said one must attend meetings of higher authorities. If he is absent from meetings, he will be reprimanded. But if all officials have to go to meetings, no one will be present at the office to deal with local problems.

A local newspaper, in a commentary, wrote that there are too many ‘deputy directors’ and ‘deputy heads’ at state agencies. The ministries in Vietnam have 5-7 deputy ministers for each, but are still very busy with tasks.

“In other countries, the leadership in ministries comprises one minister and one deputy minister, but things still can go smoothly. The problem of Vietnam lies in the operation mechanism,” the newspaper commented.

Thien, at the workshop, also pointed out weak points of the Vietnam economy, saying that most enterprises still have not recovered from the crisis.