Vietnam has gained certain achievements in completing the market mechanism, and adjusting the corresponding role of the State in the economy.

However, Nguyen Chi Dung, Minister of Planning and Investment, said at the Vietnam Reform and Development Forum held recently in Hanoi, that the market-economy institutions in Vietnam actually have shortcomings which hinder development. 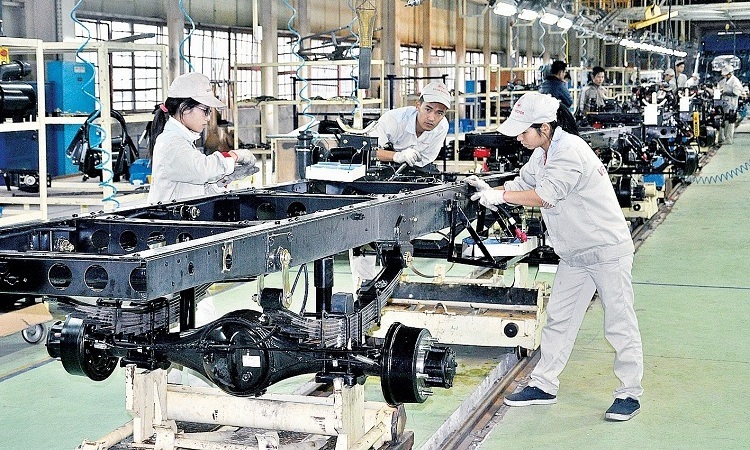 CAMS, the survey on the Vietnamese people’s changes in the perception about the State and the market conducted by the World Bank (WB) and the Vietnam Chamber of Commerce and Industry (VCCI) in 2014, showed that the majority of Vietnamese support the market economy model, advocate state-owned enterprise equitization, the development of the private sector and the privatization of public services.

The result of CAMS 2014 might not be complete as only 1,600 people participated in the poll, but it shows some problems of the market that need to be controlled and overcome.

At that time, CAMS 2014 helped many people retain the view that the pace of transition to a market economy in Vietnam in the past five years was slow.

As for private funding of public service, though the policy was supported by most people, 57 percent still expressed concern.

Vietnam is under pressure due to the 4.0 industry era, the deceleration of the world economy and the effects of climate change.

People understand that the State, in a market economy, has to undertake different roles, from building up the market economy institution; improving the business environment; and developing business and ensuring social security for people.

However, the tardiness in repairing market imperfections has created risks and significant barriers in the operation of the economy.

According to Jonathan Pincus, former chief economist of UNDP in Vietnam, Vietnam has many problems in the reform process which makes it difficult to implement the policies. Meanwhile, the government meets challenges in using young talented officers who can devote their capability to the society.

Vietnam is one of the attractive destination points in ASEAN to foreign investors. However, David Dollar, a senior researcher from Brookings Institute, noted that investment with domestic sources remains low because the official private sector in Vietnam lags behind as a result of inaccessibility to land and credit, and weaknesses in contract enforcement.

Most enterprises in VN satisfied with tax administrative reform

Seventy-eight per cent of surveyed enterprises expressed satisfaction with tax administrative reforms this year, up 3 per cent compared to 2016.