Economists, gov't differ on whether GDP growth rate is attainable

VietNamNet Bridge - The government still insists on a 6.7 percent GDP growth rate target this year, though economists warn it will be out of reach.

VietNamNet Bridge - The government still insists on a 6.7 percent GDP growth rate target this year, though economists warn it will be out of reach. 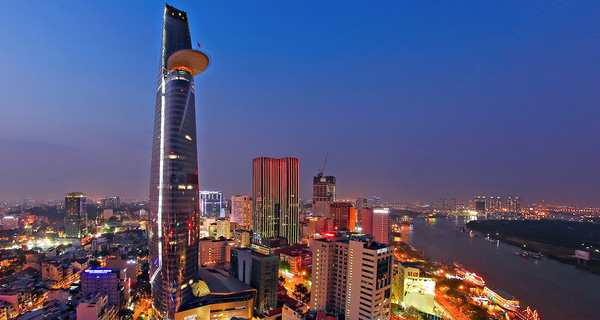 The low GDP growth rate of 5.1 percent in the first quarter of the year, the lowest in three years, has raised doubts about the target.

The country's most respected economists, including Nguyen Duc Thanh, Vo Tri Thanh and Dinh Tuan Minh, all agree that the 6.7 percent economic growth rate will not be attainable.

Nguyen Duc Thanh, head of the Vietnam Institute for Economic & Policy Research (VEPR), predicted that Vietnam would obtain the GDP growth rate of 6.1 percent this year, or six percentage points lower than the targeted growth rate set by the National Assembly.

At the VEPR economic report ceremony on April 10, Thanh said the growth rate in the second quarter would be better than the first quarter, at 5.7 percent, while 6.5 percent and 6.6 percent growth rates would be seen in the third and fourth quarters, respectively.

MarketIntello, a market survey firm, has lowered the growth rates of the upcoming quarters. Its latest report says Vietnam would obtain the 5.35 percent in the second quarter, 5,8 percent in the third quarter and 6.1 percent for the entire year.

Experts also said that it would be difficult for Vietnam to reach the CPI target of 4% in 2017 set by the National Assembly when the country still faces many macro-economic challenges.

However, amid cautious predictions made by economists, the government still believes that the 6.7 percent GDP growth rate plans is feasible and is a must. The high economic growth rate is the key for the economy to reach sustainable development.

Minister Mai Tien Dung, chair of the Government Office, at the regular government press conference on May 4, spoke for 10 minutes about the targets for the next three quarters and the solutions to turn them into reality. The concise and convincing speech has calmed the public.

“The achievement of the goal will play an important role in helping the economy obtain macroeconomic balance, including securing the state budget, public debt, investment, and import/exports and ensuring people’s jobs and lives,” Dung said.

Fear of Inflation has returned as petrol price rises