VietNamNet Bridge - Foreign brands have been flocking to Vietnam, creating a “franchise wave” in which more Vietnamese are taking part.

VietNamNet Bridge - Foreign brands have been flocking to Vietnam, creating a “franchise wave” in which more Vietnamese are taking part. 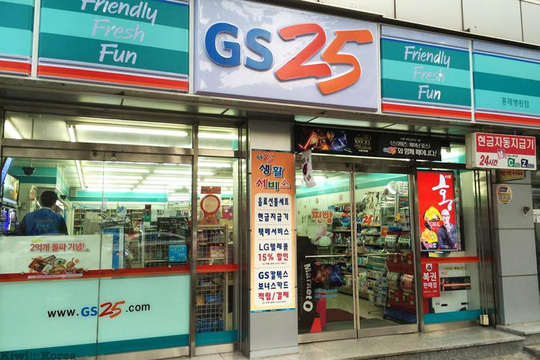 South Korean retailer GS25 officially set foot in Vietnam in 2017 through a franchise contract and a joint venture with Vietnam’s Son Kim Land.

The giant registered a franchise contract with Seven System Vietnam in Vietnam in 2015, but it only opened the first 7-Eleven convenience store in HCMC two years later.

GS25 was one of 31 franchisers registered in Vietnam in 2017, according to the Ministry of Industry and Trade (MOIT).

The franchisers are mostly from the UK, US, France, Taiwan, Hong Kong and Japan, and they mostly operate in the fields of food & beverage (F&B), education, and consumer goods.

Meanwhile, the other ‘big players’ such as Jollibee, Pizza Hut, Starbucks, McDonald’s, Domino’s Pizza, Burger King, Popeye’s Chicken and Texas Chicken have been in Vietnam for a long time.

To date, 195 foreign companies are present in Vietnam through franchise contracts, 40 percent of which are F&B brands, according to MOIT.

According to Sean T. Ngo, CEO of VF Franchise Consulting, Vietnam is one of the most attractive markets for franchisers. It has 93 million people, stable GDP growth rates and increasingly higher incomes.

Despite the presence of many big foreign players, Vietnamese brands have also joined the market, believing there are still opportunities.  Trung Nguyen, Pho 24 and Cong coffee have all been around for some time.

Redsun ITI considers franchising a long-term strategy. Ten years ago, when it was established, the company bought four foreign franchises, including Thai Express and Seoul Garden.

However, Redsun later developed its own brands and now plans to sell its franchise after opening 10 shops for each brand.

Redsun’s vice president Le Vu Minh confirmed that the company is seeking partners and investors to implement the plan.

Suttisak Wilanan, deputy CEO of Reed Tradex, said franchising is no longer uncommon in Vietnam, but there are still many opportunities. Now is the right time to start or expand business to satisfy consumer demand, which has been increasing rapidly.