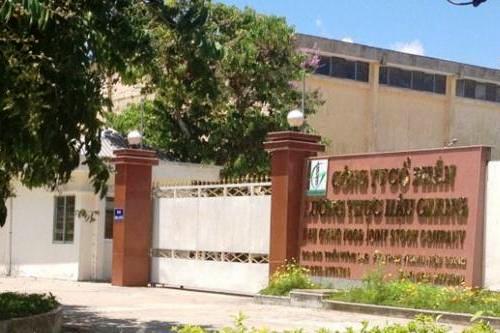 Explaining the bad business performance, Vinafood 2 blamed the stiff competition in the world market. In the high-end market segment, Vietnam has to compete with Thailand, which has lowered selling prices in an effort to clear its stocks.

Meanwhile, in the low-cost market segment, the plentiful supply from India makes it difficult for Vietnam to export products.

When asked about the huge loss of VND900 billion in 2014, Vinafood 2 said when it won the bid of providing 600,000 tons of rice to the Philippines, the domestic rice price unexpectedly increased. As a result, Vinafood 2 had to collect rice at high prices to fulfill the contract and incurred a loss of VND213 billion.

In fact, 74 member companies of the Vietnam Food Association (VFA) were assigned to implement the contract. However, as the domestic price surged, they all gave up.

Only Vinafood 2, as the major business, had to fulfill the contract.

In 2015, Vinafood 2 admitted the bad business performance in 2014. However, with drastic measures taken, Vinafood 2 began making profit. In 2015, it reportedly made a pretax profit of VND155 billion.

Thanks to the profit, the accumulative loss of the rice exporter fell to VND948 billion by the end of 2015.

Also according to Vinafood 2, the total accounts receivable by the end of 2015 had reached VND2.337 trillion, including VND653 billion worth of irrecoverable debt. The figure represented a VND50 billion decrease compared with 2014.

The giant has asked the state to allow it to apply a special policy to deal with irrecoverable debt and unused assets waiting for liquidation.

Prior to that, in March 2016, the enterprise proposed to the Prime Minister to exclude it from subjects for supervision to help it access bank loans more easily.

In late 2015, the government inspectors found wrongdoings at VInafood 2. The holding company was discovered violating the laws in lending and acting as a guarantee for loans worth VND1.7 trillion.

As a result, it has to pay debts for some of its subsidiaries, totalling VND258 billion.