How are the tycoons in mogul Kien’s bank case faring? 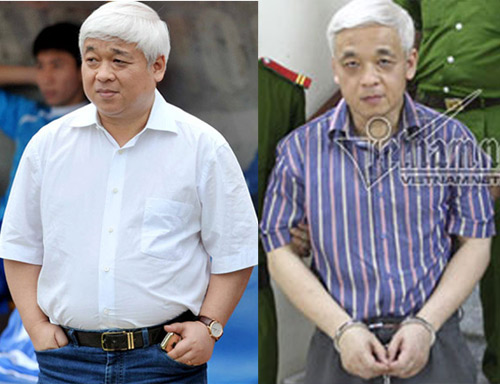 Before undergoing restructuring, ACB (Asia Commercial Bank) in 2011 was considered the bank which had the largest total assets and biggest outstanding loans.

It was also listed among the banks with good financial health, high profitability and low bad debt ratio.

However, people’s thought about the bank changed after August 20, 2012, when Nguyen Duc Kien was arrested and accused of many charges.

Pham Trung Cang, a well known banker in Mogul Kien’s case, has finished serving his sentence and returned to business.

The 2016 annual shareholders’ meeting of Tan Dai Hung Plastics JSC which was held on April 27, released the decision on letting Cang come back to the company’s board of directors after three years of absence.

In Mogul Kien’s case, Cang was sentenced to three year’s to jail because of his behavior of deliberately breaking the state’s regulations on economic management, thus causing serious consequences.

Under the judgment made after the second instance in April 2014, Huynh Quang Tuan, a former member of ACB’s Board of Directors, was sentenced to two years in prison.

Another banker who is nearly finishing serving his sentence is Trinh Kim Quang, 62, who was sentenced to four years in prison.

Of the defendants who were charged with ‘swindling to appropriate assets’, there was another well-known face – Nguyen Thi Hai Yen, 47, former chief accountant of ACB Hanoi Investment JSC. She is now serving a 5-year imprisonment sentence.

ACB’s bankers have had to pay heavy prices for their wrongdoings in the past. However, many financial problems still cannot be settled.

After four years, ACB still cannot take back trillions of dong it lent to six relevant enterprises and the money it deposited at three other banks, including two weak banks which have been bought by the State Bank at zero dong – GP Bank and VNCB.