How much does it take to have an ISI article? 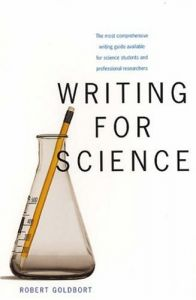 A newly released report by S4VN (Scientometrics for Vietnam), a science monitoring project, showed that VASS had 22 ISI articles, or scientific articles recognized by ISI in 2011-2015 and 63 citations.

2013 was considered the most successful year for VASS with 7 ISI published and 20 citations. Meanwhile, in 2011, VASS had only 2 articles and 1 citation.

According to Le Ngoc Son, a postgraduate at Ilmenau Technology University in Germany, the Ministry of Finance’s official report showed that in 2011-2015, the state allocated a budget of VND2 trillion to VASS, or $90.6 million.

Son said ‘the figures can talk’ about the economic efficiency and productivity of the scientists at VASS. If noting that VASS has 2,000 workers, its productivity is less than that of a small group of scientists in Europe.

While having a modest number of ISI articles, VASS every year produces some 350 PhDs, which has raised doubts about the quality of doctorates.

Zing news cited the statistics shown on Web of Science on April 21 as saying that VASS only published 3 ISI articles, or 1.15 percent of ISI articles of the same fields in Vietnam.

Meanwhile, the proportion is 19.32 percent for the Vietnam Academy for Science & Technology.

VASS’ scientific management division Tran Thi An at a recent press conference affirmed that the statistics did not show all the scientific achievements of the academy. In 2015 alone, the academy published 400 articles on international journals.

The statement has raised controversy about the way of monitoring scientific achievements gained by scientific institutions.

A scientist noted that it is necessary to differentiate the concept of ‘international publications’ and ‘ISI articles’.

He said that the number of articles recognized by ISI must be cited as the criteria for measuring, not all the articles in ‘international journals’, because scientific journals have different prestige levels.

However, he agreed that ISI articles should still be an index for reference when assessing scientific institutes’ research activities.

He also noted that Vietnam only sets up requirements on domestically defended PhD theses. Therefore, Vietnam may not catch up with international standards.