How much should affluent families spend on their children’s schooling? 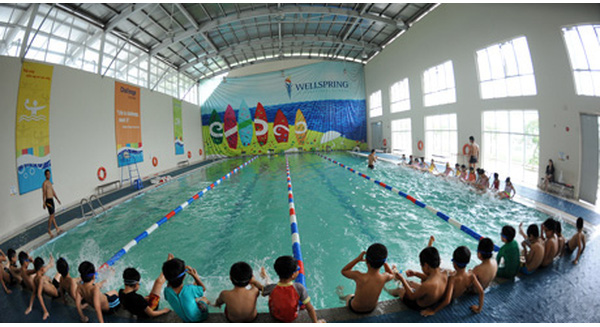 An analyst estimates that parents who want to send their children to international schools pay about VND10 billion.

International schools are developed by a foreign investor or organization, or by Vietnamese (following a foreign curriculum).

Despite high tuition, the schools can still attract students, as demand has risen because of the rising incomes of Vietnamese.

Parents tend to believe that foreign education curriculum, which aims to train children to be well-rounded citizens, are better for their children than the Vietnamese curriculum which focuses on theoretical knowledge.

The increased demand explains why more and more international schools have been established recently.

TH Milk, a dairy producer, jumped into the educational sector with the first school opened in Hanoi in September. The owner of the dairy firm revealed that she plans to open four schools in Vietnam within two years.

Do Viet Cuong in Hanoi, whose son is a second grader in the bilingual curriculum of the Japanese International School (JIS), said he has just paid VND150 million for one-year tuition for the son.

Cuong enjoyed the discount of 10 percent as he paid once for the whole year.  Parents who pay tuition for one semester pay VND170 million for the academic year.

Also according to Cuong, the school provides international training curriculum under which students can get Japanese degrees. Those who follow the curriculum pay VND300 million a year.

Parents can also send their children to preschool classes at the school, for which they have to pay VND160 million a year.

They also pay enrollment fee (VND5 million), boarding fee (VND12 million a month) and night-care fee (VND500,000 per night) if parents leave their children through the night at school.