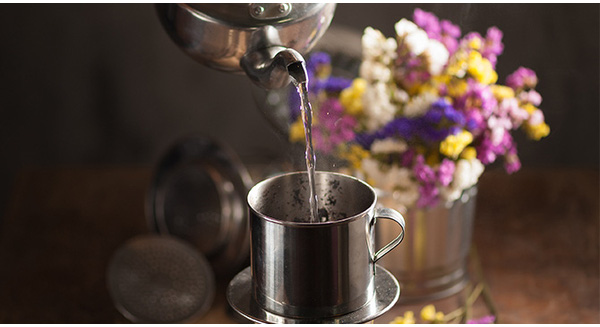 With losses in the first quarter of the year, Vinacafe Bien Hoa made a profit again in the second quarter, but the H1 profit was modest, just fulfilling 20 percent of the yearly plan.

The coffee maker had revenue of VND1.252 trillion in the first six months of the year and profit of VND49 billion, an unsatisfactory business result compared with the same period last year or the yearly plan set up by shareholders.

Though the board of directors set relatively lower targets of revenue and profit than 2014 and 2015, the company’s business result in the first half of the year was still far from reaching the target, 42 percent and 20 percent, respectively.

Vinacafe anticipated minus growth rate earlier this year because it predicted the sharp increase in sugar price, while its major products, including 3-in-1 coffee and 2-in-1 black instant coffee, nutritious cereal, coffee-flavored energy drink and wake-up coffee 247 all contain sugar.

Meanwhile, Vinacafe understands that it will have to pay big money on ad campaigns to popularize Vincafe Chat, a new trademark of its instant milk coffee product.

Vinacafe, though holding 40 percent of market share, still took losses in the first quarter of the year, for the first time in its history, and saw modest profits in the second quarter.

Nguyen Tan Ky, general director of Vinacafe, said that the success rate of the newly marketed products was just 20 percent. However, it decided to launch new products to maintain growth.

Ky admitted that though Vinacafe can maintain its market share, the sales are not as high as expected.

Trung Nguyen, another major player in the coffee industry, is also experiencing tough days. Local newspapers reported that the company has met troubles as Dang Le Nguyen Vu, the owner of Trung Nguyen, dubbed as ‘Coffee King’, and his wife, are in a power and asset dispute. The inner war has weakened the big coffee manufacturer.

There are some 20 coffee processing plants which can put out 75,000 tons of instant coffee a year. Besides Vinacafe, Nescafe and Trung Nguyen, the biggest players, there are numerous other brands such as Thai Hoa, An Phu and Phu Thai.