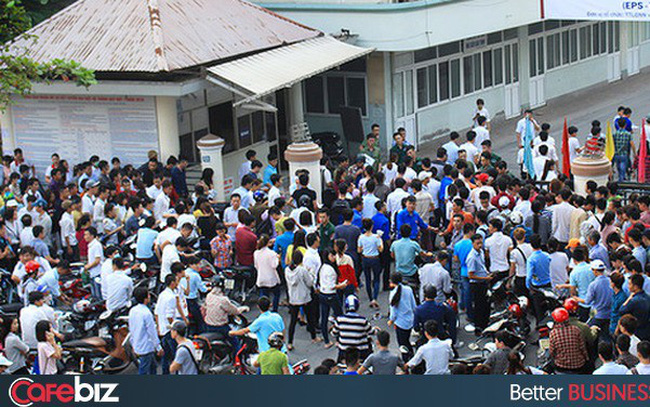 Workers make every effort to make money during their stay overseas

Nguyen Van Trung, born in 1996, has been working as metal stamping worker in Japan for two years. He works six days per week at a factory. On weekends, he sells laptops online to earn extra money.

After two years of working, he has remitted over VND200 million to his parents.

Trung, like millions of exported workers, try to earn as much money as they can during their stay overseas to earn a living and help family members.

Nguyen Duc Thanh, director of VEPR (Vietnam Institute for Economic and Policy Research) said as they have to pay a lot to be able to go abroad, workers have to make every effort to make money to cover expenses and pay debts.

A survey found that workers have to pay about $5,300 to work in Japan, which is lower than Taiwan and South Korea, but still a big amount for the poor. Before going to Japan, each worker had to borrow $4,660, or VND100 million.

“They spend all their time working hard to earn as much money as possible. They don’t have time to practice foreign language skills, professional skills or learn something,” Thanh explained.

When asked what he learned during his two-year stay in Japan, Trung said “endurance, patience and tolerance”. And he gave a negative answer when asked about his working skills and qualifications.

Besides money, foreign language skills and discipline, Vietnamese export workers can obtain qualifications through practice. However, as analysts say, the qualifications and working skills are low.

VnExpress cited a report showing that 50 percent of 500,000 Vietnamese working in foreign countries are untrained workers with low skills. The remaining workers have qualifications, but most of them have only short-term three-month training.

A survey of 112 workers in Ha Nam conducted by JICA (Japan International Cooperation Agency) and VEPR found that 61 percent of Vietnamese choose jobs which have no relation to their jobs they once took in Japan during an internship period.

A welding worker, for example, after a period of working in Japan, would have enough capital to open a shop to trade or buy a car to carry passengers in Vietnam.

Trung said he plans to open a business after returning to Vietnam, and his friends do as well. They do not plan to apply for jobs at Japanese-invested factories in Vietnam.