A view of Long Bien Bridge in Hanoi  (Photo: VNA)

The VNR was urged to repair the damage and other points at risk of unsafety, take responsibility for checking items that are planned to be repaired and restored and clearly define the total investment, roadmap for investment and capital and then submit those to the Ministry of Transport for approval. 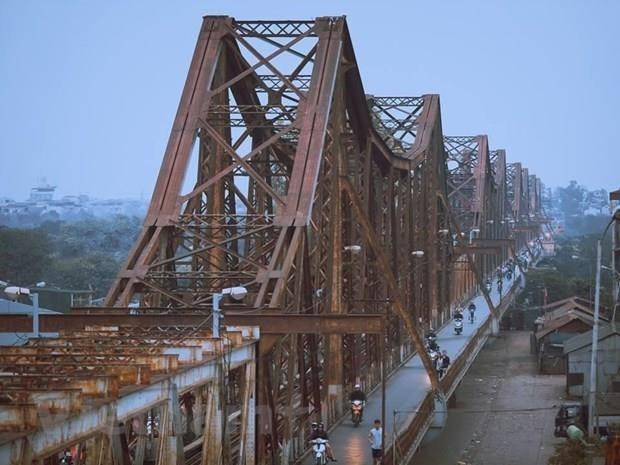 The Ministry of Transport also assigned its Department of Planning and Investment to review, balance and propose authorised agencies to prioritise the allocation of investment capital for repairing and upgrading the bridge.

The construction of Long Bien Bridge began 120 years ago. The bridge crossing the Hong (Red) River was designed in the style of the keys that the French contractor Daydé & Pillé Company applied for the first time to Tolbiac Bridge in Paris. It has a length of 1,862m, consisting of 19 steel beams and a stone path. There is a railroad track for trains in the middle and both sides have pathways for motorised vehicles and pedestrians.

The steel bridge was the fourth-largest and the second-longest of its kind in the world at the time, after the Brooklyn Bridge in the US.

The bridge was officially inaugurated on February 28, 1902, after nearly three years of construction and named Paul Doumer, the French Governor-General of Indochina. It was renamed Long Bien after the liberation of the capital city in 1954./.