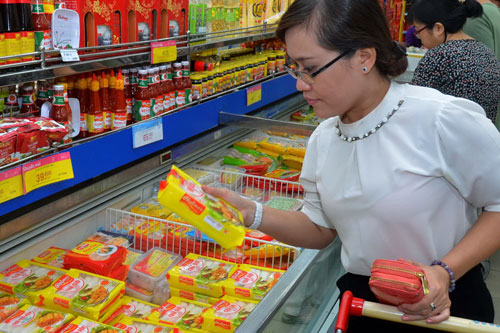 Before acquiring Cau Tre, CJ also had a 4 percent stake in Vissan, a big meat supplier.

Food corporations from Japan and Thailand are spending big money to contribute capital or buy a stake in Vietnamese companies, attracted by the stable growth rate of 10-15 percent per annum.

The best known Vietnamese brands such as Cholimex Food and Sai Gon Food all have foreign capital contributions.


Experts believe that M&A is the best choice for Vietnamese companies, which have strong brands, but don’t have a long-term development strategy or are facing difficulties.

However, Nguyen Lam Vien, president of Vinamit, said it would be a risk if Vietnam, which has lost the ‘software’ (marketing and strategy to conquer consumer hearts), now loses the ‘hardware’ (production) as well.

If this happens, Vietnamese enterprises would no longer master the economy, but they would become dependent and just do outsourcing for foreign companies.

Vinamit once sold 20 percent of its stake to a foreign fund, but it gave back the money a short time later after realizing that the fund did not want to be Vinamit’s partner, but just wanted to own the company.

The battle between Vietnamese shareholders in Bibica, a sweets manufacturer, with Lotte, a strategic investor from South Korea, continued for seven to eight years.

Lotte showed its intention to swallow Bibica just a short time after signing a cooperation agreement.

In 2012, Lotte attempted to eliminate the Bibica brand and change it to Lotte-Bibica, but this was rejected by Bibica’s shareholders.

Meanwhile, Van Duc Muoi from Vissan said the disappearance of small businesses amid the attack from big foreign companies is unavoidable.