The Education for Nature - Vietnam on August 22 released a short film to call for people’s efforts to put an end to rhino massacres in Africa and protect the animal.

The Education for Nature - Vietnam (ENV), a non-governmental organisation on the reservation of the nature and the protection of the environment, on August 22 released a short film to call for people’s efforts to put an end to rhino massacres in Africa and protect the animal. 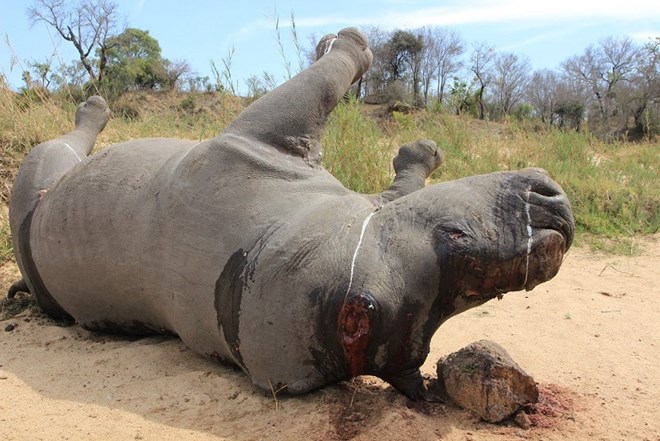 The Education for Nature - Vietnam (ENV) on August 22 released a short film to call for people’s efforts to put an end to rhino massacres in Africa and protect the animal (Photo: ENV)

The film will be screened on Vietnam’s television as well as on ENV’s Youtube channel.

The last Java rhino in Vietnam was killed at Cat Tien National Park in 2010.

Increasing poaching is attributable to the rising demand for rhino horn in some Asian countries, including Vietnam, as well trafficking activities by global crime networks since many people in these nations believe that rhino horns can cure illnesses, which is refuted by science.

In March, a jail term was imposed on a Vietnamese national for smuggling 36kg of rhino horn. He was the mastermind of a ring trafficking rhino horns, elephant tusks and products of wild animals from Africa to Vietnam.

Statistics show that there are only 25,000 wild rhinos in the world at present, dropping by 95 percent over the last 40 years.

South Africa is home to about 20,000 rhinos or 80 percent of the global total. Up to 1,028 rhinos were poached there in 2017, down slightly by 26 compared to the previous year. According to the International Union for Conservation of Nature, the animal will become extinct by 2026 if poaching is not halted.

Deputy Director of ENV Nguyen Thi Phuong Dung called on Vietnamese people to protect the remaining rhinos in a bid to recover rhino population. Activities related to rhino horn trafficking should be reported to local authorities or via hotline 1800-1522, she added.-VNA