At the recent working session with the Prime Minister’s taskforce, the representatives of SOEs under the management of the State Capital Management Committee (SCMC) complained that they have met difficulties since they day they were transferred from ministries to SCMC. 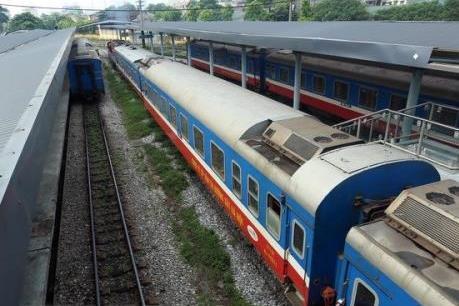 SCMC was established on the basis of Resolution No 09 dated February 3, 2018 signed by Prime Minister Nguyen Xuan Phuc.

With SCMC, ministries only focus on implementing state management tasks, and are free of the task of managing SOEs.

Vu Anh Minh, chair of the Vietnam Railways Corporation (VRC), said VRC wanted to return to be put under the management of the Ministry of Transport (MOT).

Minh said as VRC no longer belongs to MOT, the ministry no longer allocates budget to the corporation to implement maintenance activities because of the provisions in the State Budget Law.

The proposals by SOEs have not been applauded. Economists affirmed that it is necessary to separate the task of state management and the task of SOEs management.

Zing quoted chair of the Vietnam Chamber of Commerce and Industry (VCCI) Vu Tien Loc as commenting that the proposals are a step back in the reform process.

“The proposals are contrary to the efforts to separate the agencies implementing the state management tasks and the agencies in charge of managing state’s capital in enterprises,” he said.

He said that the Communist Party at the 12th Congress decided to eliminate the governing regime and establish an independent agency in charge of managing the state’s capital in enterprises.

An economist warned that if the governing regime exists, ministries will not be able to treat enterprises equally, but will favor the SOEs put under their management.

He praised the establishment of SCMC, saying it is the biggest step forward in reforming the administrative apparatus of the Government in this tenure.

According to Quoc, SCMCis meeting with some difficulties because of problems related to the institutions, policies and staff.

“There must be a clear and strong institution and legal framework as well as a high-quality workforce for the committee to be able to operate effectively and fulfill the tasks assigned to it,” he said.

Institutional investors are seeking opportunities to buy shares in large-cap State-owned enterprises when they launch IPOs in 2020.