At 11.30 am, three female workers at Chuong hair parlor on Hau Giang street in Tan Binh district, HCM City, were seen playing cards to kill time, while another three workers were looking at themselves in a mirror and gossiping.

At this time in previous months, they would be receiving many South Korean clients. However, only three visitors had visited the parlor. Since the Covid-19 outbreak, the image of workers sitting idle has become common.

Vo Van Chuong, the owner of the hair salon, said previously, he had received 50-60 South Korean clients a day, but now he has 10 or only 2-3 clients. Loyal clients are not turning up. Many of them have left for their home country. At first, they said they would come back in April, but later announced the delay until July and then until the end of the year.

“Our clients who come to have a haircut said they had to shut down their businesses and restaurants. About 50 percent of clients have gone bankrupt and left. They don’t know when they will come back,” Chuong said.

He complained that there are few clients these days and service revenue from each client has decreased. The South Korean clients have the habit of shaving and trimming nails once a week. But now, as they have to tighten their purse strings, they only go to the hair salon once a month.

With rent of VND40 million a month and a hair cutting fee of VND50,000 each time, Chuong has to struggle to survive. He once had 20 workers, but now has six. Some have left to seek new jobs or returned to their hometown.

Chuong said if the situation cannot improve, he would have to shut down the business.

Mire, a grocery specializing in South Korean products, just 20 houses away from Chuong’s parlor, was also quiet. There were only several buyers.

Vy, the owner of the grocery, estimated that the number of South Korean clients has dropped by two-thirds, and revenue has also dropped by the same amount. The business was very good before the pandemic, but things have changed in the last two years.

Hau Giang street is the area with many South Korean invested companies. But offices have been closed and premises given back to landlords. There are also few travelers from South Korea. There are only individuals or couples, and few big groups of travelers as seen previously.

Hoseok Kim, the owner of a South Korean restaurant on Hau Giang street, has closed doors. From four restaurants, Kim now has only one with the number of clients just equal to one fifth of that in the pre-pandemic period. Over the last two years, the South Korean owner has maintained his business with his own money. And he has had to scale down the operation.

He said that many business facilities have shut down and South Korean owners will not come back. This is attributed to the difficult economic conditions in the post-pandemic period. Meanwhile, the won is depreciating, which has a big impact on the operation of many businesses.

Three months ago, the dollar was 1,200 won per dollar, but the exchange rate now is US1 = 1,400 won. The continued depreciation of the won has caused South Koreans to hesitate to travel.

The Republic of Korea Consulate General in HCM City reported that in 2019, there were 100,000 South Koreans and 4,000 businesses in southern provinces. However, there has been no official figure about South Korean business during and after Covid-19. 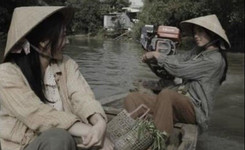