Teens and the pressure to become ... "celebrities"

VietNamNet Bridge - The phenomenon of school age teens dreaming of becoming singers, models, actors ... is not too strange. However, many of them have to pursue this dream under the impacts of their parents.

VietNamNet Bridge - The phenomenon of school age teens dreaming of becoming singers, models, actors ... is not too strange. However, many of them have to pursue this dream under the impacts of their parents. 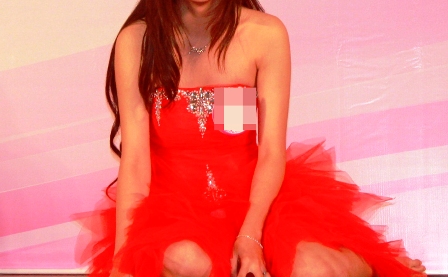 From early June, when the summer holiday began, every time her parents took her to the Cultural and Sport Center of Go Vap District, Ho Chi Minh City on Nguyen Van Luong Road to learn ballroom dancing, the 8th grade student Le Ngoc Huyen looked sullen because she did not want to practice dancing. In the early days, Huyen’s parents gently encouraged her to take part in the dance class but then they switched to uncompromising, tough attitude and forced the girl to learn dancing.

Unlike other participants who eagerly practiced dancing, Huyen often sat on the chair alone to see others dancing, listen to music or text on her cell phone and wait for the close time.

Huyen said: "I like math and research, not dancing.  I do not have talent of dancing. I’ve learned dancing for a long time but cannot dance well.” In the last four years, Huyen has had to attend dance classes every summer under her husband’s pressure.

“It is possible that when I was small, I often took part in music and dance shows in my schools and my district, so perhaps my parents still think that I have that talent, so they force me to learn dancing," Huyen added.

Huyen used to learn dancing at a famous dance training center in Tan Binh District. The center’s coach outspokenly told Huyen’s parents that their daughter was unsuitable to practice dancing. Huyen’s father was hurt by the comment. He said that the coach did not realize their daughter’s talent. They found another dance training club for Huyen. Every time Huyen expressed her frustration, she was immediately scolded by her parents.

His voice only fits with singing contests at school level but for many years, Duc Toan, 14, in Co Giang Street, District 1, have been studying singing at a private singer training center to follow the goal of his parents: becoming a famous singer.

Toan participated in all singing contests for students, with the support of his family but he has never won any prize. Seeing this, the parents have further invested in his singing studies through purchasing the most modern supporting equipment and hiring vocal trainers for Toan.

Toan used to like singing very much but he began being afraid when his parents set high goals for him. Every time his coach made not comments on his voice or whenever he failed at a singing competition, the frustration of his parents became obsession for him. "When I suggested a pause of music education and vocal training for a time, my parents got enraged," said Toan.

All the fun activities, meeting friends or traveling in the summer holiday are rejected to have time for vocal training to become a famous singer before 18 as the family’s expectation.

Learning vocal techniques when she was a very small girl, in order to become a singer in the future, Thuy Nhung, a high-school student in HCM City has joined model training classes in the last two years, after she found out that she did not have the voice. Her mother often boasted that her daughter has good height, if she does not become a singer, she should be a model or an actress.

Nhung simply thought that modeling, acting or singing are the easy jobs to become famous, to become rich and they do not require hard studies. The young girl, therefore, did not pay much attention to learning at school, but to participate in teen model contests.

Talking about this issue, musician Tran Xuan Tien said he knew many parents who forced their children to learn singing, acting or modeling just because of the flashiness without considering the capacity and passions of their children. They only knew that singers can earn “a few dozen of million dong a night."

There are professional musicians who wished their children to pursue their career so they forced their children to learn music and singing. Some children had to quit the music class after 4-5 years. There is a boy who learned guitar for eight years but finally he had to give up because he lacked both talent and passion. This means that they lose the opportunity to develop their true abilities.