While Mobiistar products have disappeared from large distribution chains, Vsmart Live have been selling like hot cakes, though both are Vietnamese brands.

The Gioi Di Dong, FPT Shop and Viettel Store have removed Mobiistar from the lists of mobile phone brands available at the chains. 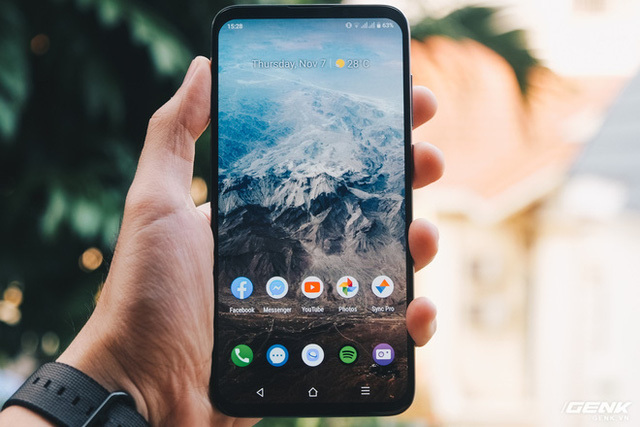 At Vien Thong A chain, the name ‘Mobiistar’ still exists, but clicking ‘Mobiistar’, only two feature phone models appear. The words ‘con it hang’ (few products available) are attached to one model, while ‘lien he’ (contact) describes another.

FPT Shop has confirmed with the press that it has stopped selling Mobiistar. However, it said all Mobiistar products sold can enjoy the warranty policy, as Mobiistar’s maintenance center is still in operation.

The latest launch of new product by Mobiistar was one year ago when Mobiistar X was introduced.

In May 2018, Mobiistar joined the Indian market, becoming the first Vietnamese mobile phone manufacturer in a foreign market on a large scale. However, one year later, Ngo Nguyen Kha, CEO of Mobiistar, admitted that the manufacturer left the market.

Mobiistar left because its Chinese partner which supplies components and accessories, declared bankruptcy, which led to the lack of products and resources.

Mobiistar is a long lasting Vietnamese mobile phone brand: it has been in the market since 2009. The brand once was listed among five biggest smartphone brands in Vietnam with the market share of 10 percent.

While most other Vietnamese brands had to leave the market, Mobiistar remained with a methodical business strategy, and did well until last year.

Analysts said the competition in the Vietnamese market is too stiff with the appearance of new rivals from China. Other Vietnamese brands and world famous brands such as HTC, Motorola and Sony have also left.

While Vietnamese doubt the quality of most products bearing Vietnamese brands, they seem to favor Vsmart.

CafeF cited a report as showing that the number of Vsmart Life soared by 115 percent since early November. This is the first time a Vietnamese smartphone has sold so well.

Launched in August, Vsmart Life is equipped with Snapdragon 675 chip, AMOLED screen, fingerprint sensor under the screen, 3 cameras, 4000mAh battery and 18 month warranty. The product is priced at VND6-7 million.

iPhone stores have received many orders for the iPhone 11, with 400 units are being sold each hour.