The water discharged from China’s Jinghong Hydropower Station is expected to reach the Mekong Delta region in 19 days, according to Dong Van Tu, head of the Water Resource Directorate’s department of irrigation and dam safety.

The water discharged from China’s Jinghong Hydropower Station is expected to reach the Mekong Delta region in 19 days, according to Dong Van Tu, head of the Water Resource Directorate’s department of irrigation and dam safety. 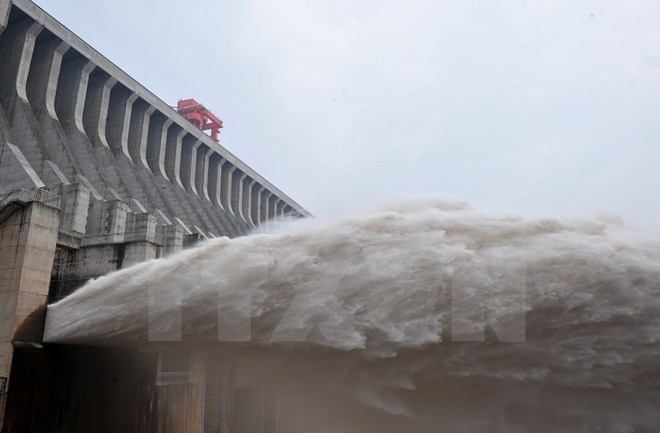 Water is being discharged from the Jinghong hydropower reservoir to the lower reaches of the Mekong River at a speed of 2,190 cu.m per second from March 15 to April 10.

Experts from the Mekong River Commission Joint Committee said between 27 and 54 percent of the total water volume will flow down to the delta.

Tu urged tight monitoring of the water flow, adding that if the water is not collected effectively and on time, it will go straight to the sea.

The Southern Institute of Water Resources Research is watching the flow closely to forecast collecting dates.

The water supply will be important to Mekong Delta region as April is the time for regional farmers to start planting summer-autumn rice.

Apart from the Jinghong water discharge, since the beginning of the year, regional localities have successfully collected and stored upstream water in three different periods based on careful planning.

Dong said the stored water helped thousands of hectares of crops survive and ease water shortages for household use across the region.

Mass of hydropower plants in Dak Lak out of work

A series of small-capacity hydropower plants in the Central Highlands province of Dak Lak have been operating moderately, with some having to shut down because so many lakes, rivers and streams in the locality are dry.

Hydropower plants in the Serepok river basin, which have small reservoirs, or no reservoirs at all, such as Dray H’Linh, Dray H’Linh 1, Dray H’linh 3, Hoa Phu, and Serepok 4A, are operating for only 3-11 hours a day, much lower than their designed capacity.

Meanwhile, large-capacity plants in the river basin are working at only 50 percent of design capacity.

Da Lak is home to 24 hydroelectric plants, with a total capacity of 957 MW, including 12 in the Serepok river basin, with a total power output of 841 MW.

The hydropower plants in the locality have together produced only 120 million kWh of power so far this year, less than 40 percent of target.

The Central Highlands region, comprising Dak Lak, Lam Dong, Dak Nong, Kon Tum and Gia Lai provinces, is facing a serious threat of drought as the water flow in major rivers has reduced by 20-70 percent compared to normal years. The current water volume in many reservoirs has dropped to 30-60 percent of design capacity.