When parents sow ‘seeds of violence’ 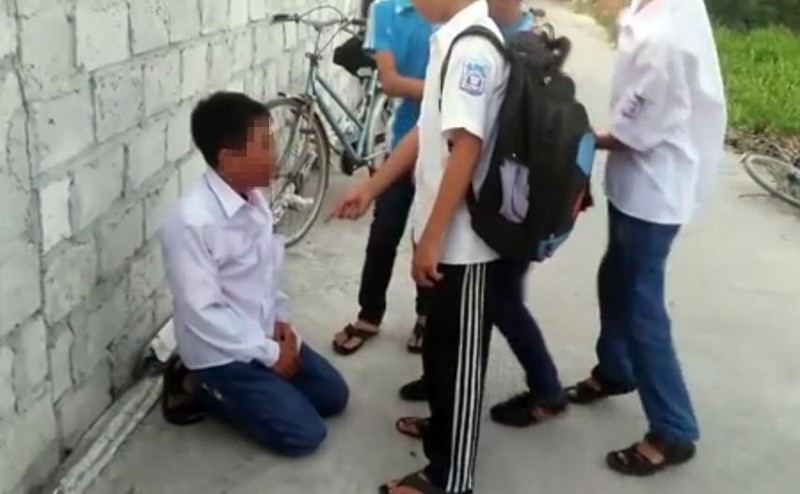 The clips show that students come to blows when wearing school uniforms and that students beat violently as if they are ringleaders. Not only high school students, but secondary students and fifth graders also exchange blows.

There are many reasons for students to start dogfights. If someone reports to teachers about mistakes made by another student, or refuses to let other students copy his exam papers, he will be attacked by others to take revenge. Beautiful schoolgirls also are the victims of school violence.

In late 2013, two 12th graders collaged an image of a nude student and posted it on the internet. The female student, who was believed to be the girl in the image, killed herself with herbicide.

In late 2016, five students beat one male student because the student refused to pay ‘tax’ of VND5,000 every day to them. Weak obedient students had to abstain from breakfast to be able to give money to naughty students to avoid being beaten.

The investigations of school violence cases found that most students using violence were born into families with problems. They either witness domestic violence or are the victims of violence.

A female student of HV Secondary School in Hanoi swore and beat another student without any reason. Teachers later discovered that the female student was from a poor family and the parents had divorced. The student suffered from heart disease. In this case, the student chose physical abuse to ease the pressure on her.

Experts say that teachers should not be the only ones blamed for school violence. Families play a very important role in educating students.

Vu Thu Huong from Hanoi University of Education, said children look up to parents and teachers and will ask for help in case they have problems.

“But children will feel lonely and discouraged when parents commit violence. They also feel ashamed about the behavior of their parents,” she explained.

The expert said that many parents ‘bring violence to school’: they beat their children’s friends, assault teachers and fight other parents.

In September, a parent slapped a teacher’s face in Hai Phong City and the teacher was hospitalized for treatment.