The first call for Vietnamese to use made-in-Vietnam products was made 10 years ago. Many people, describing themselves as ‘patriots’, shifted to Vietnam-made products instead of imports which were believed to be far better. 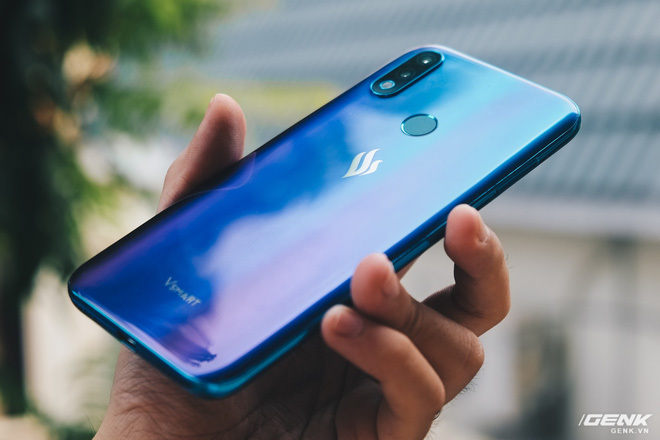 But there was no Vietnamese technology brand among them. Why?

Analysts believed that the major reason was price. The common characteristic of the Vietnamese products favored by Vietnamese was the reasonable price. This means that Vietnamese did not have to think much before deciding to buy these products.

They did not have to weigh Biti’s shoes against imitation Adidas sportswear, Cho Lon Plastics’ toys against Chinese toys, P/S toothpaste against foreign brands.

However, the explanation was not true for Vietnamese-made smartphones.

Vietnamese refused a lot of Vietnamese smartphone brands, though they were cheap. This was attributed to low configuration of products and low quality products. Smartphones now are called the ‘center of digital life’, so consumers have to think carefully before they buy one.

Two years ago, Vietnamese-made smartphones were at a disadvantage compared with foreign brands.

But the appearance of Vsmart products in the market has changed everything.

In late 2018, the first four smartphone models with Vsmart brand, the hi-tech brand of Vingroup, were launched into the market. The cheapest model was priced at VND2.5 million only.

In late 2019, the Vietnamese smartphone brand once again stirred up the public when slashing the price of Vsmart Live, a mid-end model, by half.

The move by Vsmart caused a big change to the market: Chinese models, which were favored thanks to low prices, have been put at a disadvantage in competition with the new Vietnamese brand.

The key to success of Vsmart, according to analysts, is the pricing strategy. Having a reasonable price of over VND2 million, but Joy 3 has stronger configuration than rivals from China.

A report of GfK, a market analysis firm, released on April 11 showed that Vsmart has 16.7 percent of Vietnam’s market share. The pricing and post-sale strategies have brought success to the smartphone manufacturer.