Many parts of Hanoi’s Hoan Kiem Lake's banks have eroded without repair, ruining the landscape and threatening visitors' safety.

According to the locals, the erosion might have been caused by the recent dredging. Other people think that tree roots by the lake had caused the erosion.

"This part eroded over a week ago. No one dares to sit near the lake after seeing the erosion," said Nguyen Tuan, a frequent visitor to the lake.

There are also no warning signs around the lake and no known plan to deal with the problem.

Hoan Kiem Lake is located in the city centre and a popular destination for both tourists and the locals.

Some photos of the lake taken on July 23: 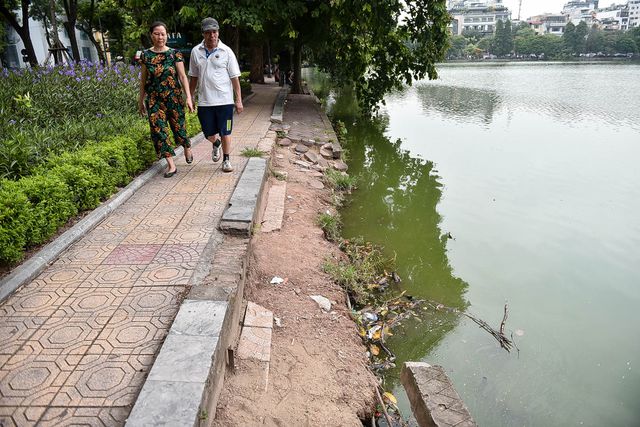 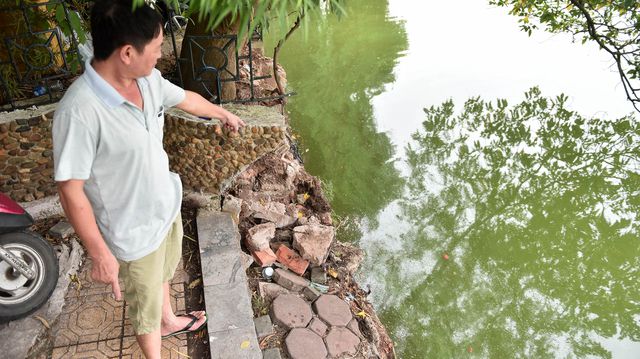 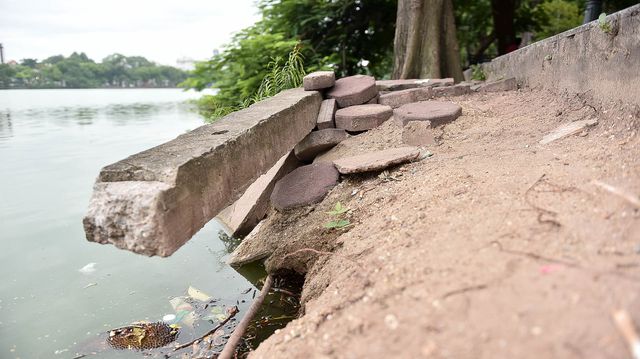 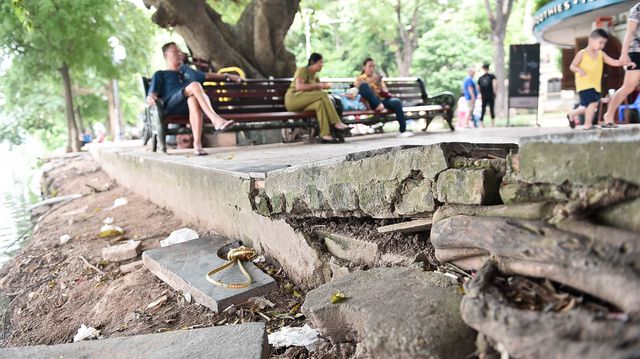