To be civilized, Vietnamese should stop eating dog meat!

After VietNamNet published the story about dogmeat, we have received a lot of opinions from readers, part of whom objected to the French visitor while the rest didn’t. Below are the opinions of the latter group.

After VietNamNet published the story “French touriststhreaten to boycott Vietnamfor dog meat,” we have received a lot of opinions from readers, part of whomobjected to the French visitor while the rest didn’t. Below are the opinions ofthe latter group.

Vietnam’s tourism does not depend on dog meat 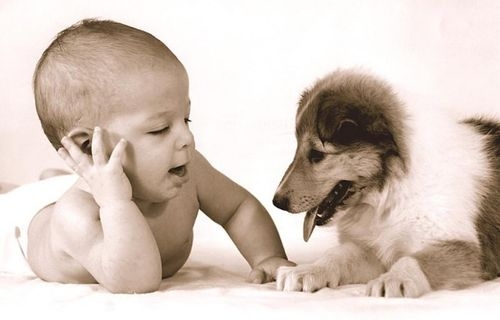 “People in the civilized countries never eat pigeon meat because this bird is a symbol of peace and happiness. They do not eat dog meat, either, because the dog is considered one of Man’s most loyal friends. These days our country has fully integrated into the world and to become a rich and civilized country, we need to change some bad social habits and customs,” wrote reader Nguyen Van Trung.

“Indeed, not only the French but people in developed countries do not eat dog meat. Why? Have you ever wondered that abroad they have doctors (veterinaries) for pets but Vietnam does not? In such civilized countries, people consider pets humans but in ours, we kill dogs for meat. Witnessing that scene, Western people are horrified,” Trung analyzed.

According to this reader, when Vietnam has integrated with the rest of the globe   Vietnamese should give up the habits that are condemned by the international community. “You should not argue eating dog meat as our cultural characteristic because the Southerners do not eat dog meat, just the Northerners. We open the door to absorb and learn civilized things from the outside world,” Trung said.

“That French man is right.  Well-cultured foreigners consider eating dog meat barbaric behavior. They will not want to visit our country again. Gradually Vietnam will be abandoned by international visitors. The lawmakers and policy makers should pay attention to this. In the long run trivial things can affect the image of Vietnam in the eyes of international friends,” Trung stated.

“Behind dogmeat-eating is an act of crime!” wrote reader Thanh Minh.

“I would like to ask reader Thanh Hai if you have you ever raised dogs or cats? If not yet, I can understand yourperception. Dogs are faithful and smart animals that have gotten around and helped humans for thousands of years. Have you read the short story “Mr. Hac” which is presented in the literature textbook for the 8th graders? Do you understand the tears shedding from Hac’s heart when that old man had to sell his friend?” Minh continued.

“Eating dog meat is culinary culture? It needs to be changed when it is no longer consistent with the current lifestyle. Blood pudding has also been the unique Vietnamese culture, but nowadays who dares to taste it for food hygiene and for the sake of their own lives’ safety. Similarly, dog meat is no longer appropriate to the culture and civilization of the present life,” Minh wrote.

“Why? Besides the dog meat, cat meat is another evil, which is barbaric. If you eat dog meat, you have indirectly encouraged the thieves of dogs and cats. How many dog thieves have been killed? Why people are so indignant against dog thieves? They partly regret their property, but mostly they are angry that when their friends are robbed.

Our forefathers ate dog meat during the time of famine because they did not have choice. That does not mean that we continue to do so, when we do not lack anything, especially in today's era of civilization, when people need humanities.

Around the world there are many stories about dogs: The dog Hachiko, a dog that guarded the tomb of its owner and the dog that watched the body of its owner... If you read these stories, you will understand why people respect dogs more than other animals,” Minh concluded.

Reader Hoang Yen wrote: “Cats and dogs are pets, lovely and faithful friends and nobody could his/her friends. Some said that dog meat is a culture, a specialty of Vietnam. Please do not quibble, okay! The majority of Vietnamese people, especially women do not to eat dog meat. The number of dog-meat restaurants is very small, which proves that there are not many people eating dog meat.”

“Someone compared dog meat to beef, chicken and duck, but it is a different story. Cows, chickens and ducks are raised in industrial-model for meat, while dogs aren’t. We breed dogs to guard our houses. They are set free and they are friends of ours,” she added.

“Though a Vietnamese, I support the French visitor. Seeing dogs locked in cages and slaughtered, I really feel horrible. I loathe people who are proud of the delicacy of dog meat as well as despise dogmeat eaters,” Yen wrote.

Because that dog meat baits evils dogs, dogs on day poaching rife. Watching the dogs detained in cages awaiting killed haunts me. Vietnamese people also do not mind, but not humanity? It is true about eating a piece of brutal piece!