VietNamNet Bridge – Instead of closing eyes to the intellectual property (IP) infringement or trying to settle disputes through conciliation, Vietnamese nowadays tend to bring the cases to court.

VietNamNet Bridge – Instead of closing eyes to the intellectual property (IP) infringement or trying to settle disputes through conciliation, Vietnamese nowadays tend to bring the cases to court. 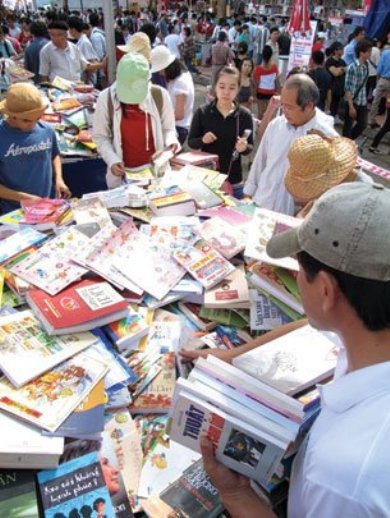 It’s time to “declare war” with the piracy.

On March 5, 2014, Dale Carnegie Vietnam organized a press conference on the school’s first piracy case to be brought to court.

The defendant is Hieu, a former veteran trainer of the school, who has been found as using the school’s copyrighted training curriculum for private business.

After attending the training courses funded by Dale Carnegie, the trainer received a certificate after committing to use the Dale Carnegie’s curriculum only for teaching the school’s students or partners.

Later, Dale Carnegie discovered that Hieu tried to attract Dale Carnegie’s clients to his private school. Hieu then promised to stop doing this.

However, the school still decided to take legal proceedings against Hieu after it discovered that the Dale Carnegie’s training curriculum has been used at Hieu’s private school.

According to Nguyen Van Nam, the plaintiff’s lawyer, Dale Carnegie Vietnam has decided to sue Hieu for the training curriculum piracy. He said, if the US Dale Carnegie also goes to law against Hieu, the case would go very far.

The case is reminiscent of a case some years ago, in which a lecturer of PACE School was found as using PACE’s official teaching documents for his private business.

The lecturer then admitted his behavior of the copyright infringement, sent a letter of apology to PACE and pledged not to commit the wrongdoing any more.

In the latest happening, Gold Long John Dong Nai has been forced to make a public apology and the compensation of VND1 billion, equal to 100 percent of pirated software value.

The lawsuit was raised by Microsoft and Lac Viet, which accused Gold Long John Dong Nai of pirating their products without permissions.

Especially, the alliance of Microsoft and Lac Viet has announced that they would not hesitate to take legal proceedings against anyone who uses their software products without permission.

However, analysts commented that Long John Dong Nai is just of very a few piracy cases brought to court. In most of other cases, the involved parties settled the disputes through reconciliation, when the violators promised not to repeat the mistakes.

The analysts said individuals and organizations hesitate to take legal proceedings in Vietnam, where the legal framework remains not good enough. This would cost them a lot of time and money to raise the lawsuits. Meanwhile, it is very difficult to prove the losses caused by the copyright infringement.

However, Nguyen Van Phuoc, Director of First News, a publication house, said it is now the right time to “declare war” with the piracy. The aggrieved parties need to come forward and sue the pirates to protect the IP right.

First News has recently won the lawsuit in which it sued a foreign language school for selling copied books, video clips and CDs with the contents coinciding with the US’ Compass Media’s curriculum, of which First News holds the exclusive publication right in Vietnam.

Prior to that, First News also won the lawsuits raised against the two foreign language schools in HCM City. The schools were accused of pirating curriculums.