The Ministry of Health (MoH) has agreed to include Remdesivir, a broad-spectrum antiviral medication, in COVID-19 treatment protocol in Vietnam. The decision was made following a meeting of the expert council of the MoH in Hanoi on August 6.

These are the first batches of Remdesivir in a total of 1 million vials that have been negotiated by the "quick response team on drugs and vaccines" of the Vietnamese Embassy in India with major Indian pharmaceutical companies.

Of the 1 million vials India committed to supply to Vietnam within 30 days, 500,000 vials are a gift of a large corporation in Vietnam to the Ministry of Health.

Remdesivir is an intravenous antiviral drug, one of the drugs used by former US President Donald Trump when he had Covid-19.

Remdesivir is manufactured by India’s Cipla Pharmaceutical Company with permission granted by US-based Gilead Sciences, the developer of the drug.

Remdesivir was approved by the US Food and Drug Administration (FDA) in late October 2020 to treat moderate and severe Covid-19 cases who need oxygen support.

Currently, more than 50 countries including the EU, US, Australia, and Singapore are using this drug. Initial efficacy showed that patients receiving remdesivir recovered about four days faster.

In India, the Government issued a ban on the export of Remdesivir in late April. On June 14, this country began restricting export of this drug. India's production capacity of Remdesivir is more than 12 million vials per month.

The price of each vial of Remdesivir is about 390 USD. On average, each patient has about 5 days of treatment with this drug.

However, the Vietnamese Ministry of Health recommends that people do not buy and use Remdesivir without a doctor's prescription. 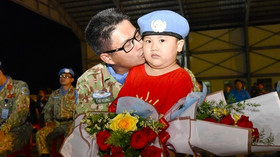 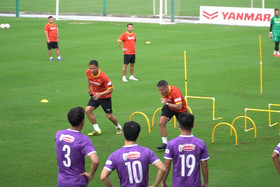