The COVAX Facility has decided to allocate more than 9 million doses of Pfizer and Moderna vaccines to Vietnam and will consider delivering them as soon as possible.

Aurélia Nguyen, Managing Director of the Office of the COVAX Facility was speaking this during a meeting with Prime Minister Pham Minh Chinh on November 3 afternoon (local time) in Paris.

PM Chinh thanked the COVAX Program for its commitment to provide Vietnam with 38.9 million doses of COVID-19 vaccines free of charge in 2021, including nearly 23 million doses delivered to the nation.

With the determination and efforts of the Government and people of Vietnam, the support of international friends, including the assistance of COVAX and of countries through COVAX, especially with consensus, the pandemic situation in Vietnam has been basically contained.

Vietnam has moved to come up with a strategy for safe and flexible adaptation, effective disease control, recovery and promotion of socio-economic development, and gradual resumption of economic and tourism activities, Chinh told his host.

In the spirit of international solidarity and responsible contribution to combined efforts to end the pandemic soon, the Vietnamese cabinet leader announced that the Vietnamese Government decides to make a voluntary contribution of an additional US$ 500,000 to COVAX, raising the country's total contributed funding to COVAX up to US$ 1 million.

For her part, the COVAX Managing Director was appreciative of Vietnam's rapid and effective vaccination over the past time and said that right after the phone call with PM Chinh on September 20, COVAX had accelerated the vaccine distribution to the nation.

COVAX will continue to accompany Vietnam in pandemic prevention and control, by providing more vaccines and technical support for vaccination, and boosting coordination in finding vaccine sources under the cost-sharing mechanism, she added.

Aurélia Nguyen hailed and thanked the Government of Vietnam for deciding to contribute an additional US$ 500,000 to COVAX, thereby demonstrating the spirit of responsibility and international solidarity, especially when Vietnam is a developing country that is still facing plenty of difficulties.

She emphasized that Vietnam's decision at this time is very important in the context that COVAX will call for the international community to increase its contribution to COVAX over the next few weeks.

She expressed her wish that Vietnam will also call on regional countries, ASEAN member states, partners and businesses to engage in supporting COVAX's efforts to achieve vaccination coverage for 70% of the world population by mid-2022. 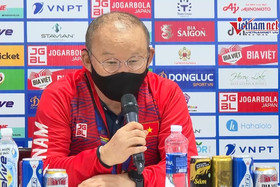 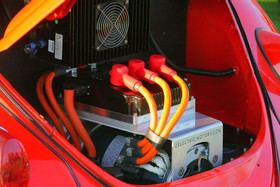